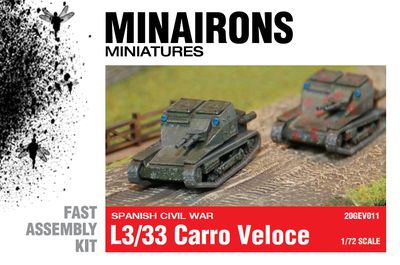 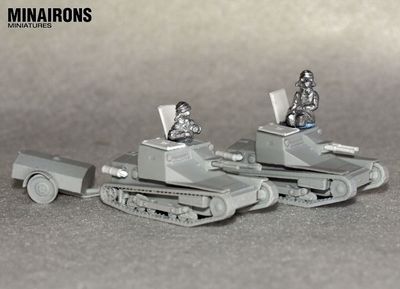 Each box contains two resin AFV model kits --the one destined to build as a regular tankette with twin MGs, while the other intended to build as a flamethrower tank, with its propellant trailer; besides, set also contains the two crewmen you can see in pictures, sculpted by Xan. 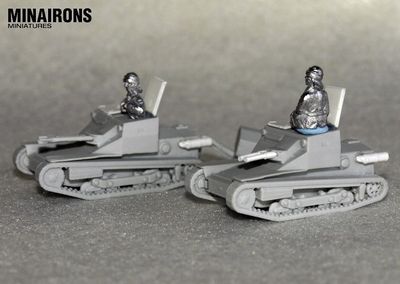 Both vehicles can also be acquired separately as "reinforcements", under codes 20GER011 and 20GER044. 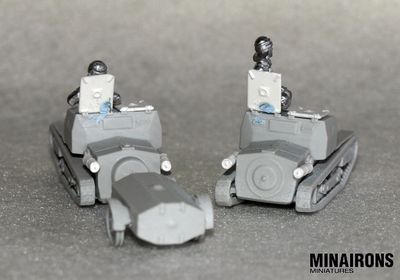 Posted by Soldadets at 6:04 PM

I must have these.