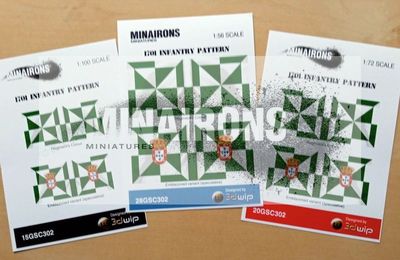 I'm happy to announce release of a further War of the Spanish Succession flag set, made available in 1:100, 1:72 and 1:56 scales altogether as usual. This time it's been the turn for the Portuguese Infantry ~1700 pattern, a well known design consisting of eight green and white triangles, with a countersquare frame of the same.

I've taken advantage of this above for also releasing a free PDF booklet summarizing all available information on Portuguese flags I've been able to gather from knowledgeable local sources. You can download it for free from our website. 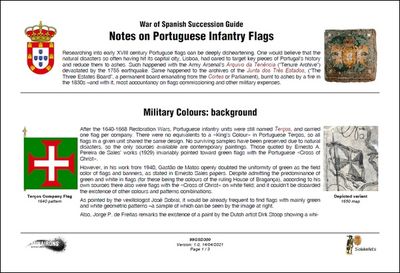 And last, I would ask to all those having previously downloaded our Spanish flags PDF booklet to check what version do they have in hands, because I've taken advantage too for updating this latter with further information regarding postwar flags (1718 and 1728). If the booklet you have reads "2.0 version" it's OK; otherwise, if it reads "1.0 version" instead, that means you'd probably like to download it again. 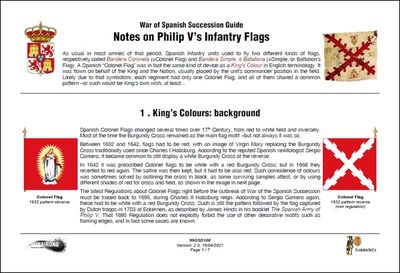