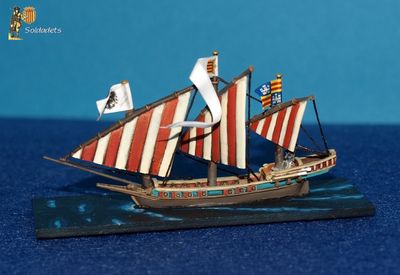 I've taken advantage from a business calm week for enlarging my own Age of Sail collection, with one of my 1/600 scale xebecs, that I've finished up as a late 17th - early 18th c. Majorcan privateer. 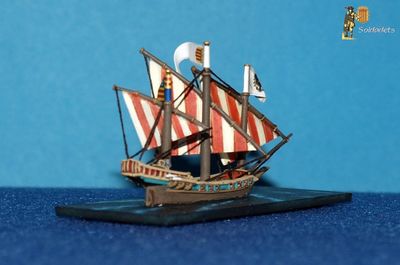 Contrarily to general belief, xebecs weren't by any means exclusive to Barbary corsairs, but constitued instead the work horse of most Mediterranean navies, either eastern and western - besides of being also extensively used for trading. 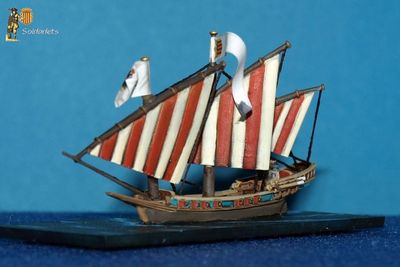 My own xebec model is a small 14 guns one, but xebecs could range from this small to really large ones, armed with up to 38 guns - so being capable to fulfill the same roles that a full rigged frigate would in other waters. 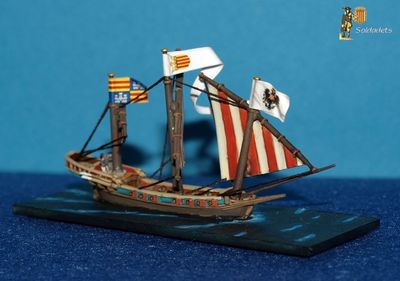 Even newcoming naval powers, such as the United Kingdom after taking possession of Gibraltar and Minorca, used xebecs and other lateen rigged ships to build up their local contingents. So I would humbly recommend to anyone willing to set a Mediterranean campaign to reinforce his/her fleet with abundant both large and small xebecs!

Posted by Soldadets at 11:37 PM No comments: 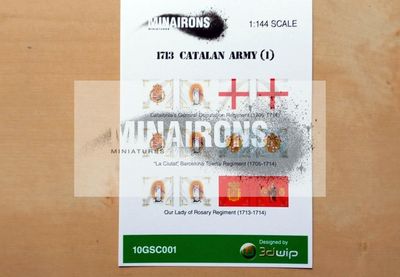 Just as promised some time ago, we're going now to push forward the 1/144th scale version of our War of Spanish Succession infantry flag ranges, that already exist at 1/100th, 1/72th and 1/56th scales.

This new range of flags is suitable directly for 10 to 12mm figures, in DIN A7 sized paper sheets with room for 6 flags belonging to 3 different regiments of foot (King's and Colonel's colours). 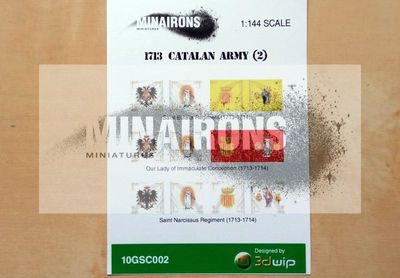 Two sets are already available right now, devoted to Late war Catalan infantry; they're going to be followed soon by Bourbon Spanish and Portuguese sets too. Hope you like them! 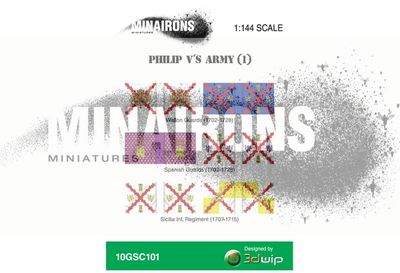 Posted by Soldadets at 11:45 AM No comments: 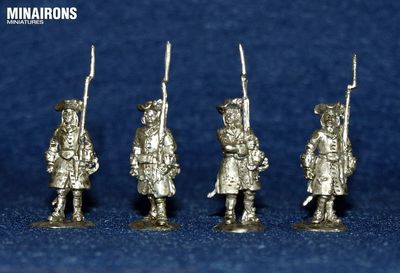 I'm delighted to share with you a further release of War of the Spanish Succession 1/72nd scale figures, this time consisting of three different complementary sets: musketeers, command set and an optional, supplementary flag bearer. They're intended to stand for Austrophile spanish, or Austro-catalan, Infantry of the Line composing the bulk of Archduke Charles Habsburg's peninsular army. 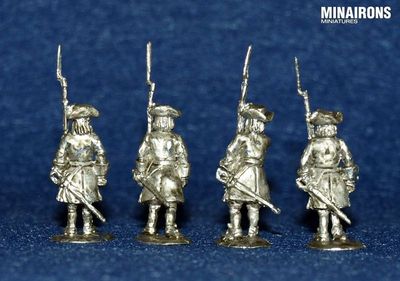 Musketeers set comprises four different figures in advancing pose with fixed bayonets. On the other hand, command set includes an officer with spontoon, an NCO with halberd, a drummer and a flag bearer. 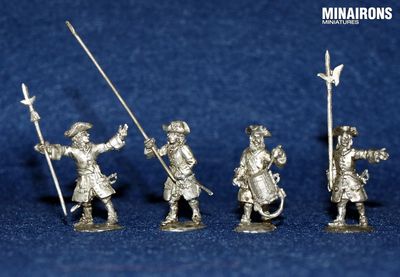 Worth to be remarked that spontoon, halberd, drum and flag pole are separate parts - therefore, a little assembly work is required. 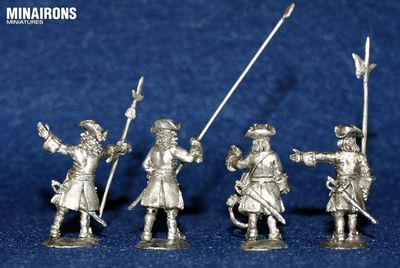 And last, we've forecast a third set consisting of a supplementary flag bearer - for those using more than one of these in their battalions. 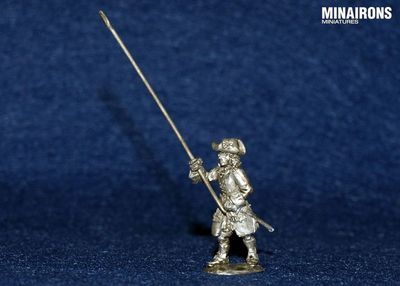 All them have been sculpted by Leonid Primachenko, as usual with this range. 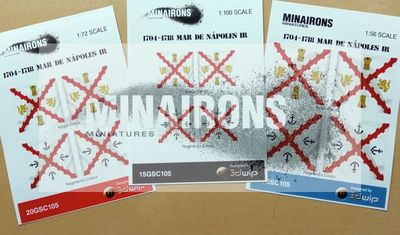 I've just made available another War of the Spanish Succession flag set, released in 1:100, 1:72 and 1:56 scales altogether as usual. Now it's been turn for Mar de Nápoles (=Seas of Naples) Regiment, another one of the most senior units in Spanish Infantry.

Along with this, I've also released a PDF painting guide devoted to that very same Infantry Regiment. All my PDF guides can be freely downloaded, as perhaps some of you already know. 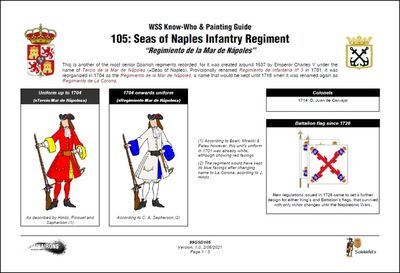 And last, I would ask to all those having previously downloaded our PDF booklets on Sicily, Lombardy and Castile Infantry Regiments to check what version do they have in hands, because I've also updated them with a little information pieces else. If your booklets' bottom do read "2.0 version" they are OK; otherwise, if any reads "1.0 version" instead, that means you'd probably like to download it again.

Posted by Soldadets at 5:22 PM No comments: