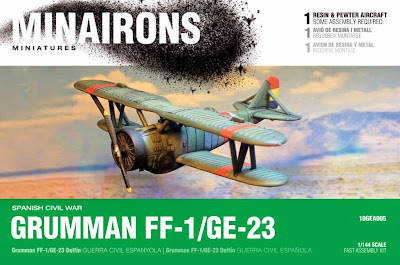 It's already available the 1/144th scale version of Grumman FF-1/GE-23 - a fighter biplane we had launched at 1/100 some weeks ago. Just as its bigger sister, it consists of 5 resin parts (2 of which are alternative noses) and a few smaller pieces in white metal, such as struts and propellor blades. Cockpit is made of translucent resin too. Boxed set is completed by a decals sheet containing US, British Empire and Spanish Republican markings. 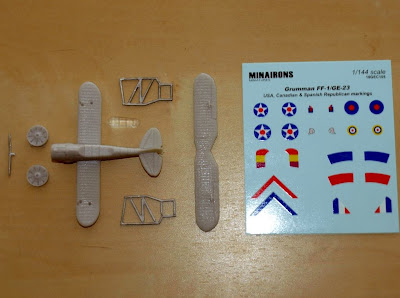 We are proud of this our third Spanish Civil War aircraft, manufactured as said at both 1/144th and 1/100th scales. This new model can be found at our website priced at €10.95. 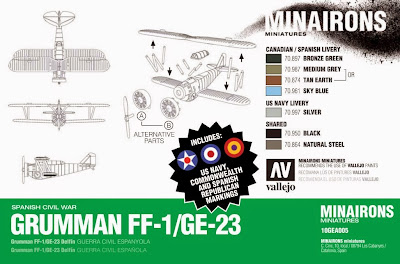 Posted by Soldadets at 6:45 PM No comments:

I'm happy to show you some shots of our upcoming Cunningham's M1 Armored Car, that will be our first 1/56 scale model of 2015. 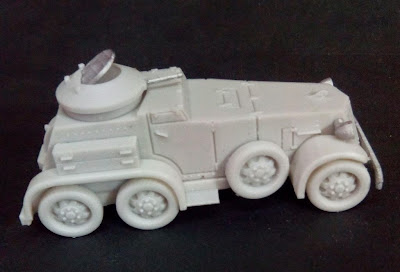 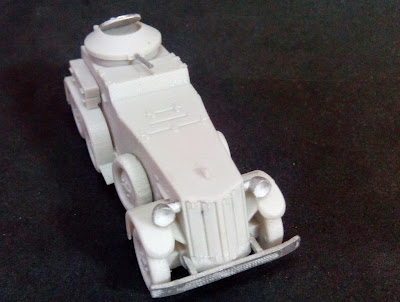 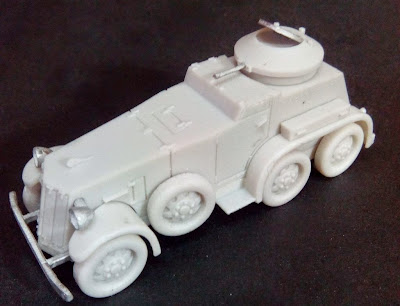 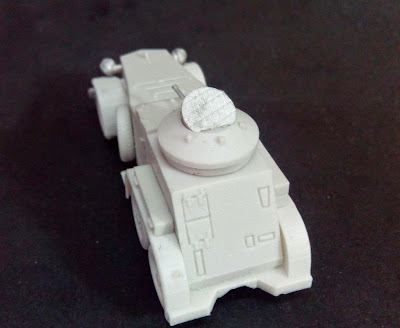 Casting of the ultimate model has already started - as you can see, it will be mostly high quality resin, with a few smaller parts in white metal. We expect to release it before Summer.
Posted by Soldadets at 10:40 PM No comments:

Our next 1/72 scale SCW fighting vehicle is now almost ready for release. Here below you have what one of our ultimate UNL-35 armoured cars looks like, once built and painted by Heresy Brush: 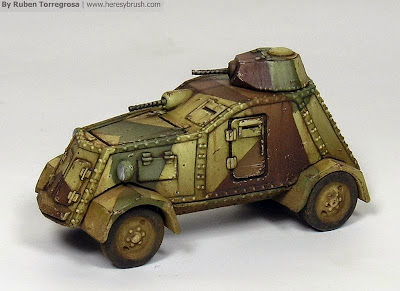 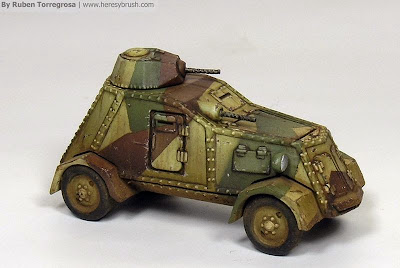 Model itself will be made mostly of high quality resin, with only MGs and headlights cast in white metal. It will be released in 2-model boxes --I can't give you a price of it yet, for this depends on some latest hour invoices; anyway, I can reasonably expect it not to be more expensive than our Bilbao AFV. 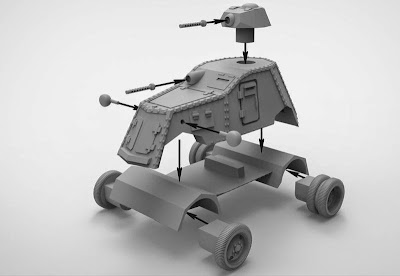 A first batch of this pretty AFV has already been cast, so that we are now just waiting for box design to be completed and brought to printshop. Therefore, we can assert it will be released next month --that is, March 2015.
Posted by Soldadets at 7:22 PM 1 comment: 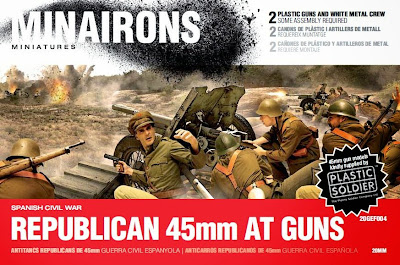 I'm proud to show you the result of a collaborative work between us and The Plastic Soldier Company consisting of a hard-plastic & white metal combined set, that comprises two Soviet 45mm AT gun sprues along with their Spanish Republican crews. 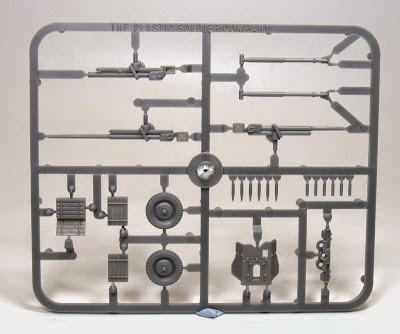 The new set includes two of such sprues, so that a small 2-gun AT battery can be built from a single box.

As for the accompanying figures, they consist of 6 crewmen and a leading officer, all them unique and different to each other. Figures have been superbly sculpted by Xan as usual.

This is what this our new set looks like once painted and depicted by HeresyBrush. An enviable job indeed, don't you believe? 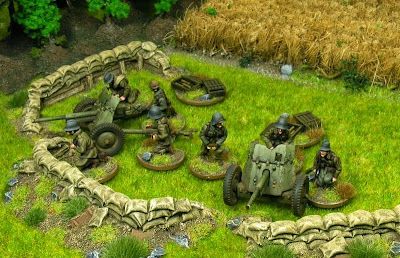