Going for an early frigate now 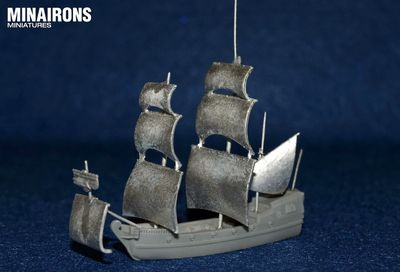 Our small Age of Sail ships range keeps growing steadily; this in pictures is our upcoming release: a mid-17th century frigate, a boat design laying mid way between 16th century 'fast galleons' and 18th century proper frigates --or so it seems to me, at least. Swift and maneuverable, this is the kind of ship one would choose for naval scouting or privateering. 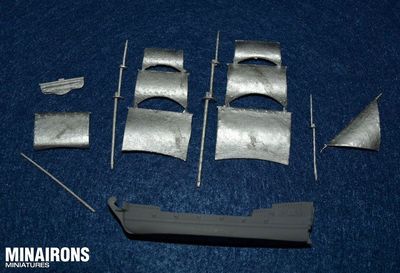 Model itself consists of 10 parts in total, with a hull resin and white metal rigging. Ultimate model kit is to be sold in box along with an appropriate flag sheet.

The assembled sample model you can watch in pictures has been slightly modified by adding two pieces of wire for flagstaffs - one at stern, the other on mainmast. 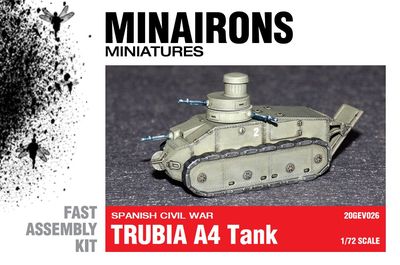 I'm happy to announce release of a further 1/72 scale Spanish Civil War fighting vehicle, the Trubia A4 tank. Intended to replace the Renault FT-17 in Spanish service, its development started by 1925 and included an innovative turret design in two independent sections, each one armed with a MG. By the outbreak of civil war, three of these tanks fell into Nationalist hands, while the fourth one was held by the Republican side. 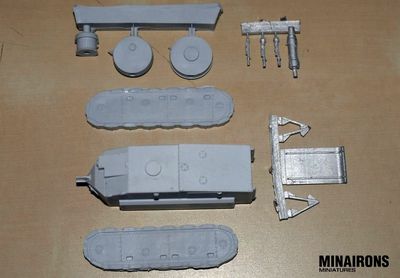 Model itself consists of 13 parts in total, 6 of which are resin while the rest are white metal. Turret sections can be glued together if desired, but you can also let them to rotate independently. 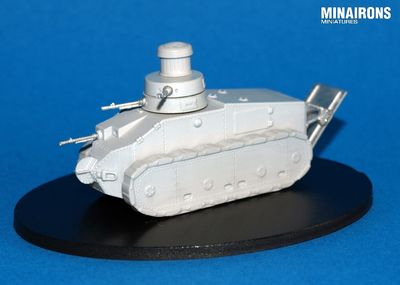 This new boxed model kit retails at €10.95 and can already be found at our website. 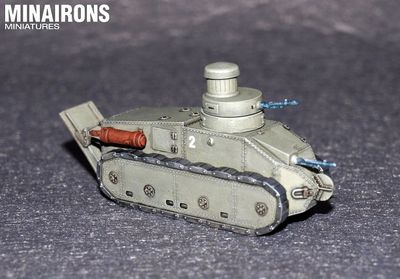 Information on XVIII century portuguese military flags is very scarce, due to their national archives having been destroyed by either the 1755 earthquake or a fire in the 1820s. However, a few descriptions still survived so allowing us to guess at least general patterns, if not precise regimental colours. 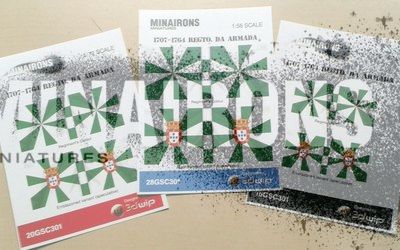 Those we have released this week correspond to the Regimento (formerly Terço) da Armada, or portuguese Marine Infantry Regiment. Accordingly to experts, all flags carried by portuguese infantry were the same, and were unlikely to show any coat of arms, so that there were no differentiated King's and Regiment's Colours. However, we have thought it convenient to include an emblazoned version of the generally accepted flag, for just aesthetic reasons.