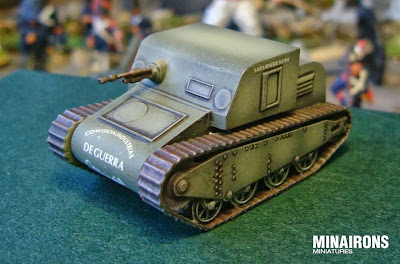 While waiting for its box to be printed, we have decided to put our IGC Sadurní Tank on pre-order, so that those users willing to be first ones at being delivered it can reserve theirs own. So you already can pre-order yours from our website right now!

As you can see by the photo below, this is to be a pretty simple, easy-to-build kit that consists of just 3 main parts --hull, left and right tracks sets. Besides, it will include 2 alternative Hotchkiss MG barrels; resin or plastic at choice, depending on the use each one deserves to the model. 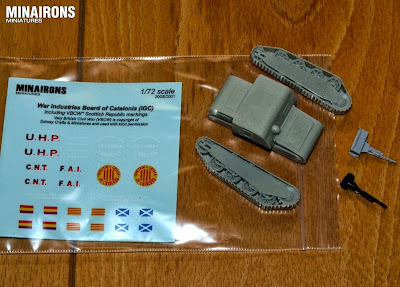 Also, the kit will be accompanied by a decals sheet including markings for all variants of this obscure, ill-known tank, as well as for other armour produced by IGC Board ("Comissió d'Indústries de Guerra de Catalunya", or War Industries Board of Catalonia); and a couple of more generic Spanish Republic markings. Finally, we've thought it nice to keep offering some what-if markings suitable for Very Civil British War (*), just as in previous releasings. 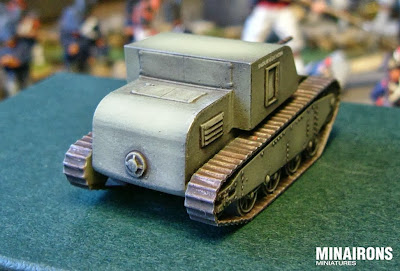 Actually, the real-life tank didn't see any action, for all it is known; only two prototypes were built for approval in the first months of 1937, being rejected by the Republic due to its poor weaponry and the lack of turret forecasting, in spite of their admitted mechanical reliability. However, nothing is known about these prototypes ultimate fate. As the factory where they were built was in hands of CNT trade union, it wouldn't be that unlikely both were discretely diverted to Anarchist columns in the Front of Aragon, where the lack of armour was dramatic. Or were they perhaps re-converted into their more successful Tractor variant? 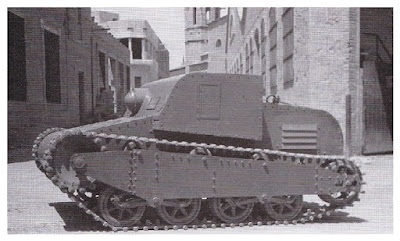 (*) As many of you already know, Very British Civil War (VBCW) is a trademark owned by Solway Crafts & Miniatures and used with their kind permission.
Posted by Soldadets at 8:55 PM 3 comments: 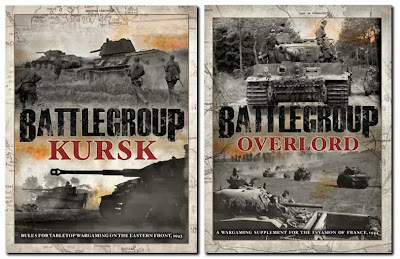 Minairons Miniatures is proud to announce to be permanently stocking the Battlegroup series of WWII tabletop wargames rules, published by Iron Fist and sponsored by Plastic Soldier Company.

Not only the already published Battlegroup Kursk and Battlegroup Overlord volumes can be from now on found at our website, on a permanent basis; but we also assure you to be committed at retailing all those successive books Iron Fist is going to publish in a future, belonging to this fantastic series.
Posted by Soldadets at 12:00 AM 1 comment: 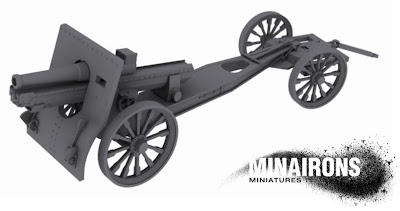 We are happy to show you another set in our upcoming range of white metal 1/72nd figures. As the title itself suggests, it will be focused on the Schneider 155mm Howitzer mod. 1917, used by both sides during Spanish Civil War. Gun itself will be cast in high quality resin and will come in two different configurations.

On one side, the howitzer will be included into our upcoming IGC Sadurní Tractor set in travelling mode, along with an appropriate carriage. 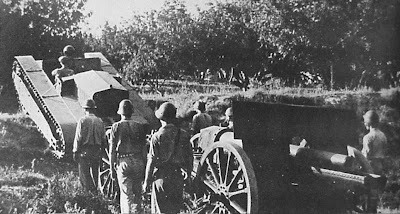 On the other side (and this is a real novelty) it will be part of a Republican Field Artillery set also including 4 white metal artillerymen and a tripod rangefinder, whose preliminary art concept by Juan G. Bautista of Xan Miniatures can be seen below:

Having into account the heavy amount of stuff we are currently working on altogether, we have provisionally queued both sets in the pipeline for February 2014 --with the more than likely prospect to having both substantially advanced in calendar, while our plastic + resin + metal mountain goes slowly clarified. Stay tuned!
Posted by Soldadets at 7:40 PM 2 comments: 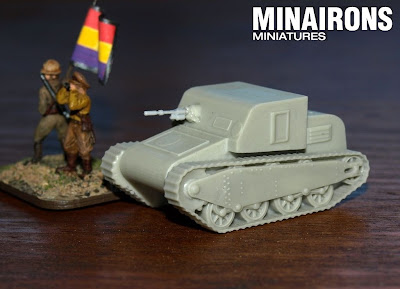 It seems that we'll have to conform to an unavoidable delay of IGC Sadurní light tank releasing. A first batch of about two hundred models is already coming out from the workshop, as well as the appropriate decals for it. However, box art is still far from being finished up, so we'll have to keep patient for a short while and wait a couple of weeks, before all the kit components are finally ready.

Meanwhile, I can just offer you a couple of shots on one of the model prototypes, little before being painted. 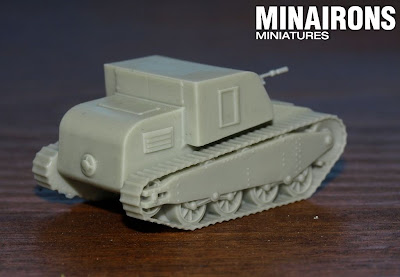 Posted by Soldadets at 12:06 AM No comments:

Today September 11th is the National Day of Catalonia, so we're going to keep no working activity in this day; but to calmly enjoy it instead, for it's more than likely to become a truly historic one.

We beg your understanding for this activity gap. Tomorrow we'll be back, plentiful of energy again!
Posted by Soldadets at 2:00 AM 1 comment:

Nothing to do with SCW, but... 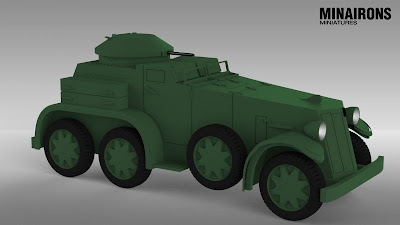 This is Cunningham's M1 Armored Car, an American design that can be considered a likely predecessor to a number of early 1930s similar designs, Russian BAs included! So little does this handsome car to do with Spanish Civil War, certainly; but we at Minairons Miniatures have decided to make it at 1:56th scale anyway.

Such is our daring first bid at starting a new Inter-wars range, linked to Spanish Civil War only in terms of historical period --although consisting of vehicles by no means involved in that preliminary-to-WWII conflict. The reason why is amazingly simple: there are lots of lovely awakward designs out there, waiting for someone to bring them into life! And it would be a pity to miss the opportunity --as long as we are able to deal with it. 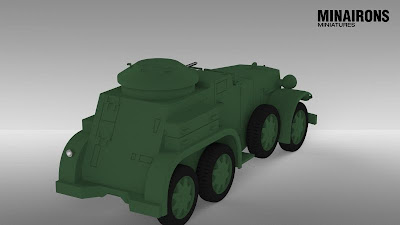 Model itself would be 1:56th scale, as said. It would be made of resin mainly (if not entirely), and would consist of the least possible parts allowing to preserve a decent detail level. Cunningham's M1 would be sold by the unit in a Minairons full-coloured box as usual. We're still doubtful whether to complete the kit with a set of decals or not; if such the case, it might consist of something similar to the image below:

If I'm not wrong, the roundel at left was official to Inter-wars USA Army, while the second one was an early, discarded variant --I must admit this latter has a strong Southern flavor to me. Don't you agree? In any case, I'd strongly support including it in such eventual decals set, for it gives a chance to pulp-ish, dystopic or what-if variants.

Minairons Miniatures' M1 Armored Car release has been scheduled for January 2014, although its making has got such a speed that it might be advanced a bit in time. Let's wait and see!
Posted by Soldadets at 6:30 PM 6 comments: 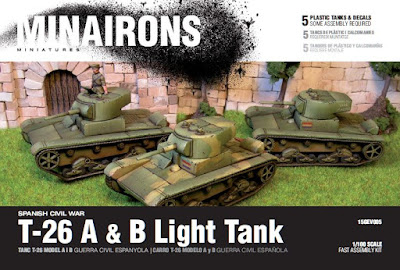 Our long ago anticipated 1:100th scale plastic T-26 tank is finally available and ready for shipping. It comes as a boxed set including 5 tank sprues, as well as a decals sheet with USSR, Finnish, Turkish, Spanish Republican and Nationalist markings --up to 5 sets of each! 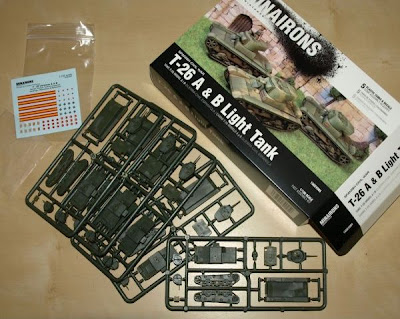 Minairons Miniatures' T-26 obr. 1931 & 1933 boxed set retails for EUR 21.95 --that makes less than EUR 4 each individual tank sprue, after having deduced from total the decals own cost. It can be purchased straightly from us at www.minairons.eu, or from the following Distributors & Significant Retailers List. 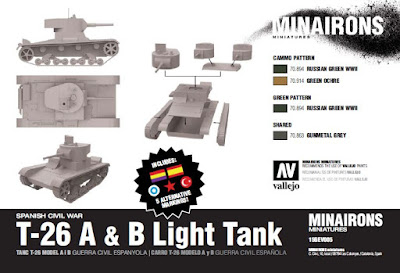 If willing, please check this previous posting for a comparison to Zvezda's own T-26 version M.
Posted by Soldadets at 6:17 PM 5 comments: