While awaiting the release of the upcoming 1/72 Trubia-Naval and 1/100 IGC Sadurní tanks (that shouldn't last too longer, both), we've been pressing hard lately the design work of another, much required, tracked AFV. This is BT-5 Fast Tank, that saw a lot of action in late SCW and early WWII. Here below you can see what it will look like at 1/72 scale: 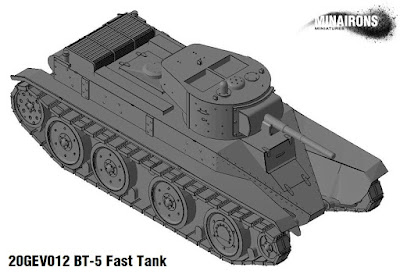 Made basically of high quality resin with a few white metal parts, this model will consist of no more than 7 or 8 parts, with the aim of making it really easy to build, as it can be seen below: 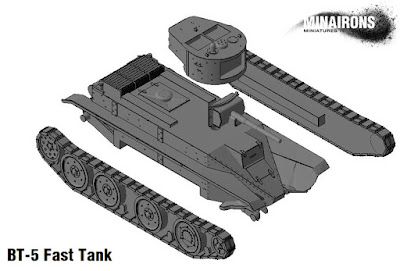 We're still debating whether to make tracks in white metal or not, but we're starting to be certain this time it will be better to make them in resin too. Tracks width has been thoroughfully studied so as to ease at a maximum liquid resin flow in the mould, as well as to grant the part endurance. I'm excited at the chance of releasing it before Summer!

Posted by Soldadets at 12:02 PM No comments: