It's been a pretty calm and silent Summer this year, with very few postings on this blog or social media --but by no means an inactive one! Otherwise, there has been a lot of undercover work producing some amount of new and upcoming stuff.

First of all, we have consolidated our projected range of 1:144th scale (10mm) flags for War of Spanish Succession, by printing and releasing its three first sets. As it can be seen by the photo above, each set contains both King's and Regiment's colours for three different peninsular regiments. This collection is going to grow gradually, following the rate of its 1:100, 1:72 and 1:56 sister ranges. 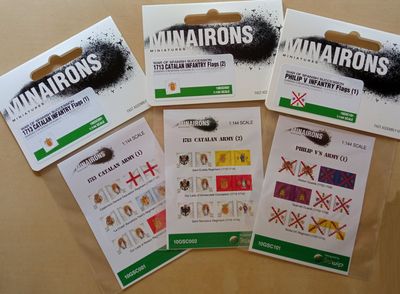 Secondly, we have released a new set of flags suitable for Spanish Civil War and WWII, in 1:100th, 1:72nd and 1:56th scales altogether as usual, that consists of three different flags of the german Condor Legion and III Reich. These can be useful as aerial recognition elements for vehicles, as game objectives or even for scenery decoration. 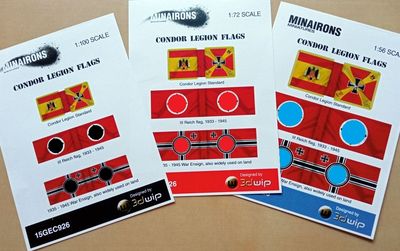 Also, our ranges of War of Spanish Succession flags for larger scales have just seen a new addition - this time, those belonging to the Admiral of Castile Infantry Regiment (far better known as Ahumada IR, on behalf of its colonel), which was in fact the most senior unit in Archduke Charles' spanish army --because it was created in 1703 by exilés in Portugal, long before the Crown of Aragon states raised in his support. 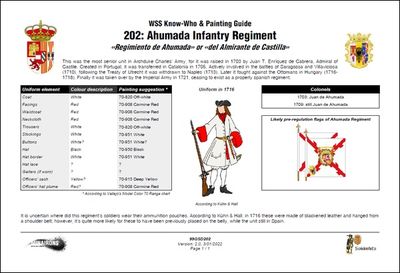 Alongside to those above, I've taken advantage for releasing a couple of new PDF booklets --the one presenting a painting guide for the forementioned regiment, while the other one summarizes all available information on Austrophile Spanish flags currently available. You can download both for free from our website. 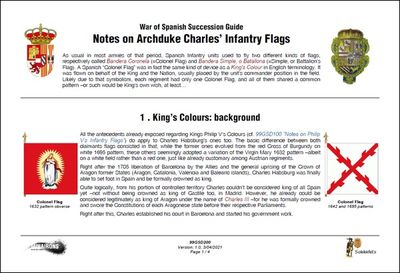 More news in a few days!

Posted by Soldadets at 6:06 PM No comments: