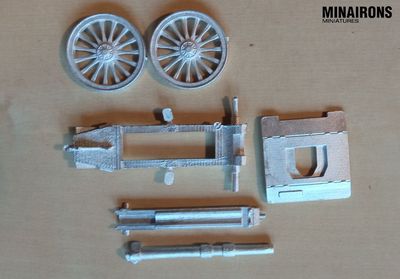 Once again, we have spent some time retooling previously existing products. Now we have brought to white metal our 1/72 Vickers 105mm howitzer - so replacing the combined resin/metal production so far. This step also allows us to price the model cheaper than before.

I'm proud you to show you the latest addition to our 20mm Spanish Civil War figures range - this time, a team of Moroccan artillerymen consisting of three crewmen and a leading officer. New set retails at the same price as existing ones - that is, €4.09 (+VAT where applying). 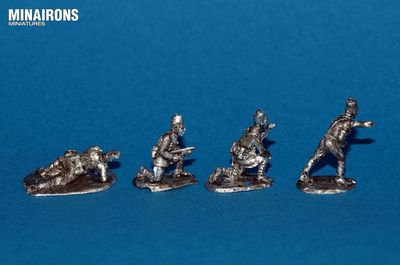 These artillerymen can be used for manning an AT or infantry gun, as in the sample picture below. 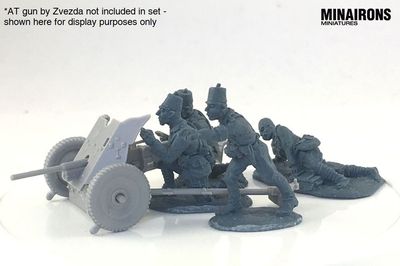 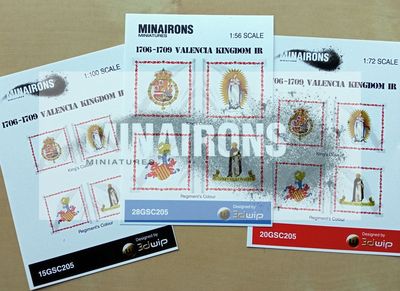 Our War of the Spanish Succession flag ranges keep growing at a good pace, now with the flags that belonged to the "Valencia Kingdom" Infantry Regiment, a unit raised in 1706 by valencian authorities in support of Archduke Charles claims to the throne of Spain. This unit was short lived, because of being decimated as a result of Almansa battle (1707). After withdrawing in Catalonia, it was merged into Alicante IR (better known as Richardi's IR).

This new set is available at 1/100, 1/72 and 1/56 scales altogether, as usual. Also, I've released a small guide giving some painting guide and history of the unit, which can be already found on www.minairons.eu website as a PDF file for free download. 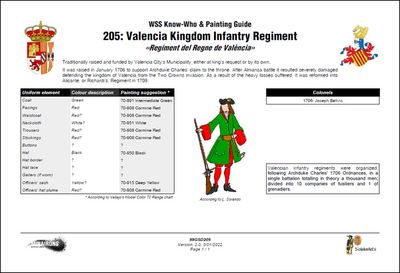 Posted by Soldadets at 11:01 AM No comments: 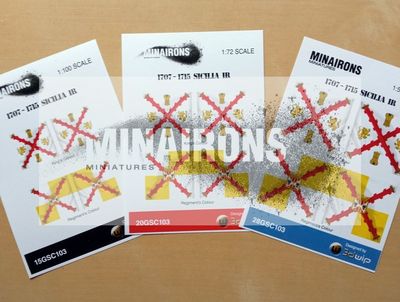 I'm happy to show you a brand new set of War of the Spanish Succession flags at 1/56th, 1/72nd and 1/100th scales together as usual. The new set stands for the Spanish "Sicily" Infantry Regiment and comprises both King's and Battalion's colours. This was one of the senior regiments in Spanish Army, whose birth can be traced back to Emperor Charles V.

Also, I've released a small guide giving some orientation on history of uniforms, flags and the unit itself, which is already available on www.minairons.eu website as a PDF file for free download. 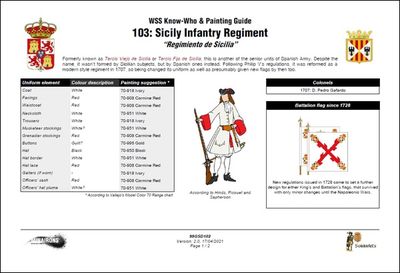 Posted by Soldadets at 11:58 AM No comments:

Here you have a full video about our upcoming Age of Sail xebec assembly and painting job. Enjoy!