A user has kindly granted me permission to show some captions on the Rosa Luxemburg Battalion he's recently built and painted, to reinforce his 20mm SCW Republican Army. It comprises a Minairons 20GEF011 Militiawomen set, completed with a couple of poses of plastic figures by B.U.M. to fill up ranks. Group is supported by two 20GEV003 Bilbao armoured cars and one 20GEV024 Ford ambulance, also by Minairons. Enjoy the pictures! 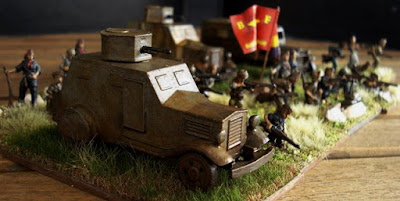 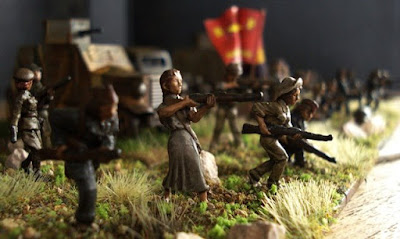 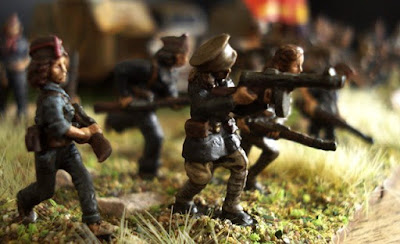 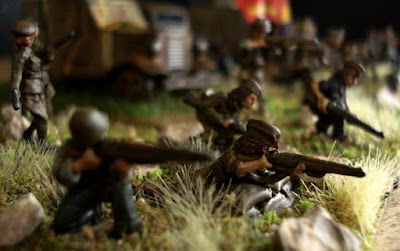 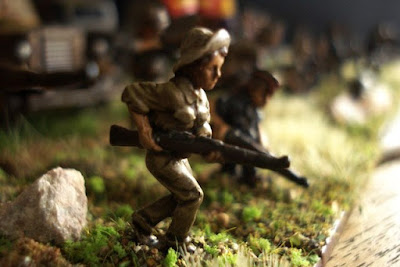 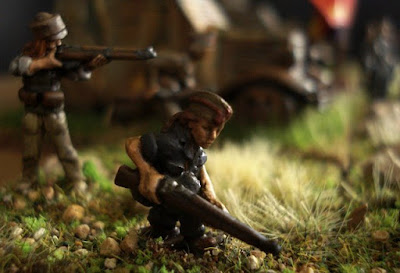 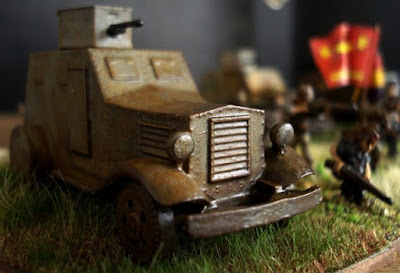 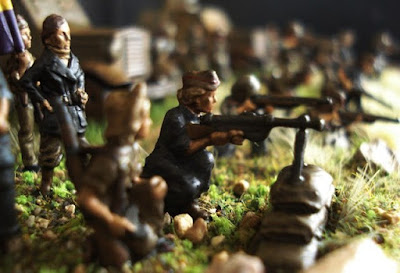 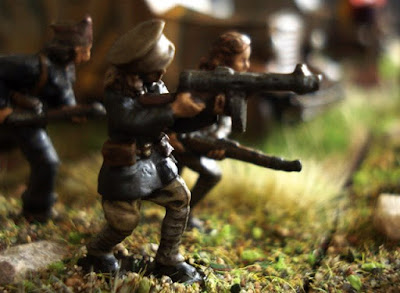 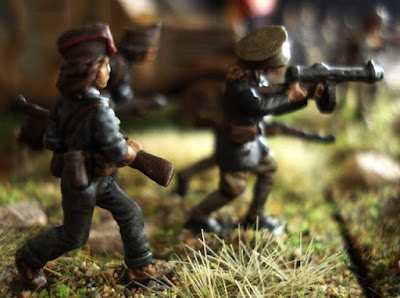 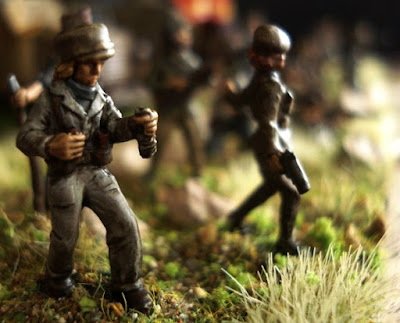 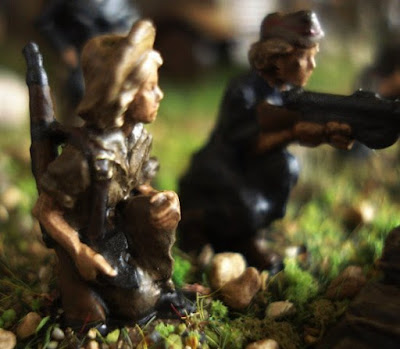 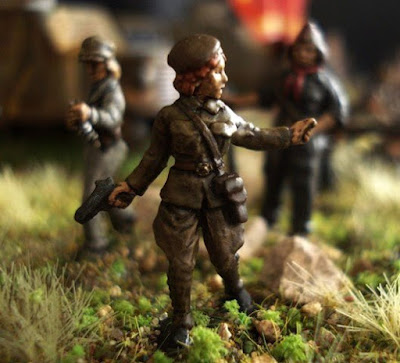 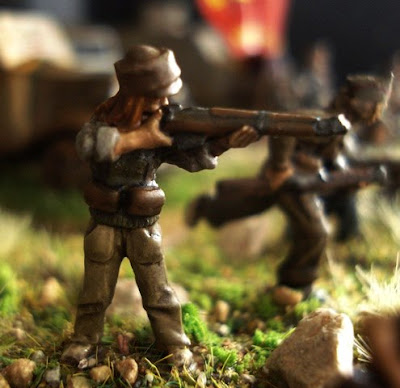 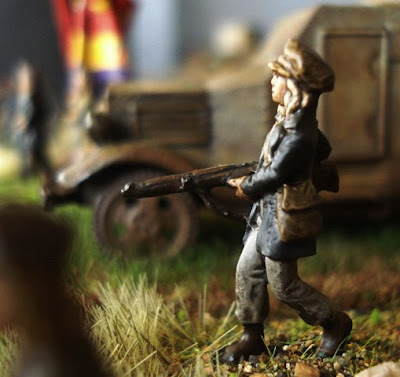 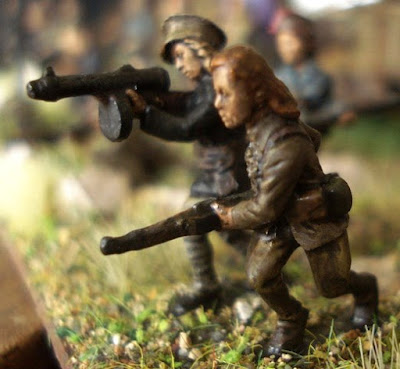 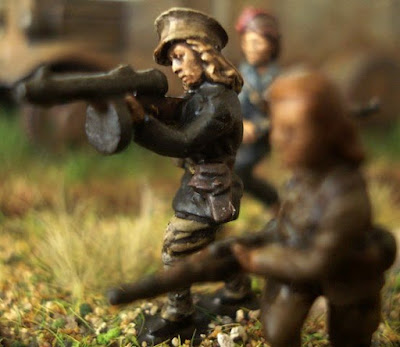 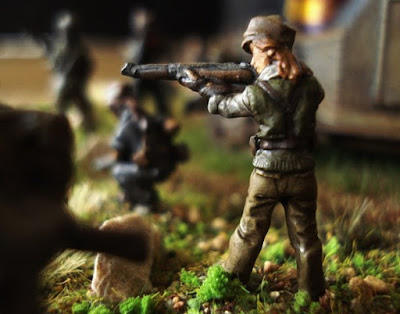 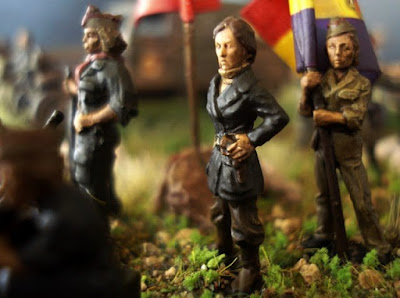 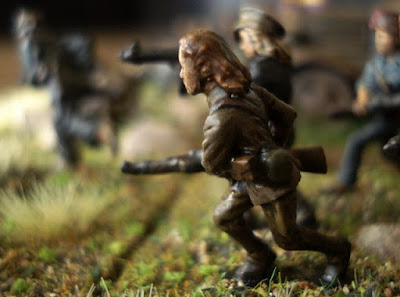 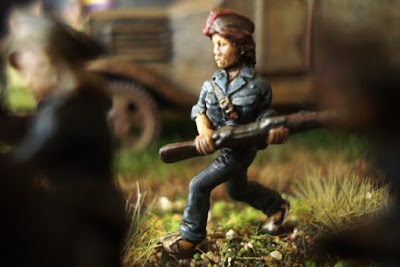 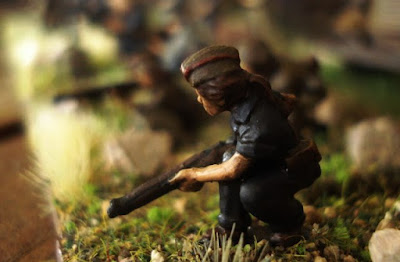 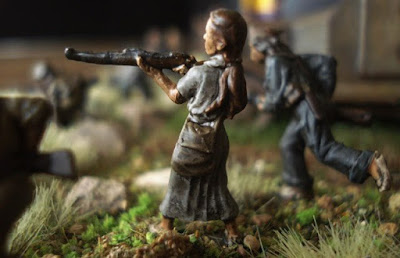 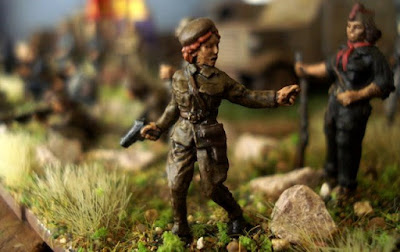 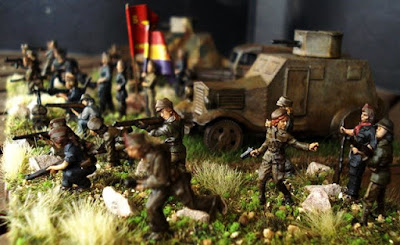 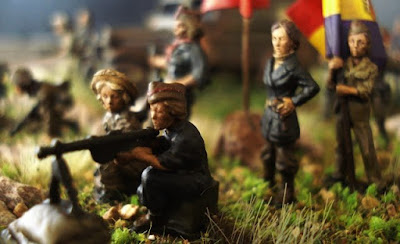 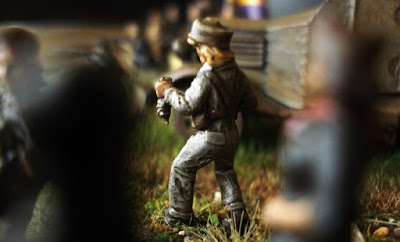 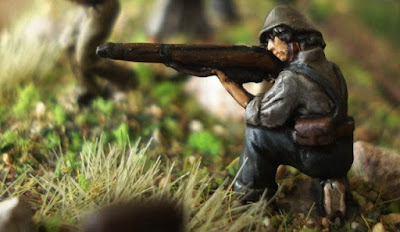 This user's original posting at Benno's Figures Forum can be read here.
Posted by Soldadets at 6:11 PM 1 comment:

Some good news for SCW 15mm gamers: we've already started re-scaling to 1/100th some models previously launched at 1/72nd. The most significant one in terms of gaming is perhaps UNL-35 armoured car, but the very rare IGC Sadurní tank is also in process. Here below you can watch their respective master models, shown alongside to other models already re-scaled:

Another model being currently re-scaled too, from 1/72 into 1/100, is the carrier version of the Catalonian IGC Sadurní above: 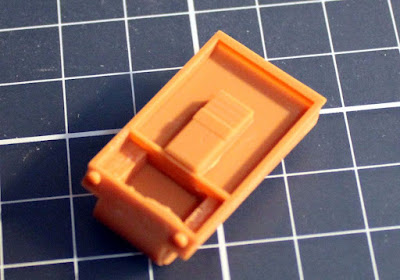 Among these, the model the most likely to be released first is UNL-35 (our only current doubts turn around boxing them in 4-vehicle boxes, or 2-vehicle ones instead). The other are to be released later, due to having to complement them with decals and/or figures.
Posted by Soldadets at 11:29 PM No comments: