The next time you'll see pictures of this model, it will be already on sale! 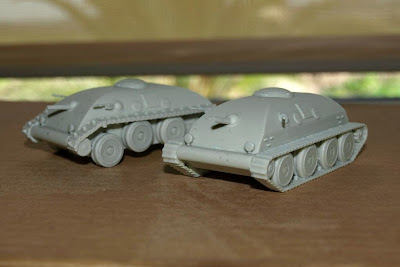 The images in this article show you a couple of 1/72nd scale Benach M1935 fast tanks together, one on tracks and the other on road running gear - that is, with the tracks unlinked and tightly locked over the wheels as if mudguards they were. According to the tank patent explanations, the middle wheels had to be then automatically lifted, so as to leave the tank on 4 wheels only. 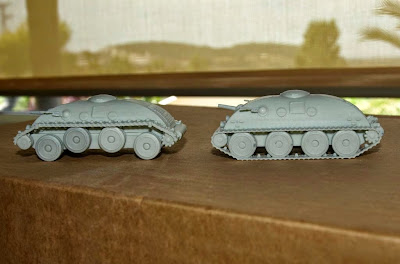 When launched, the complete boxed set will comprise 2 tanks, with the purpose of allowing the user to build each one in a different running gear configuration if desired. The model kit will be mostly resin, with a few smaller parts in white metal. It will consist of a maximum of 11 parts. 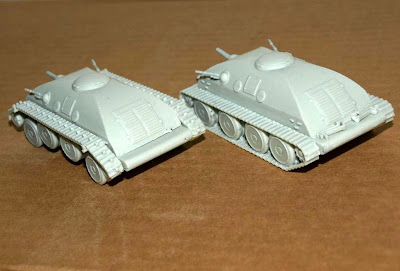 As some of you perhaps recall when we first spread the word about it, Benach M1935 fast tank is how we ultimately christened an unnamed tank design projected and patented in 1935 by the Benach Tractors factory in Sant Sadurní d'Anoia town (Catalonia) - pretty close to our own headquarters location! That factory, renowned by its civilian tractors of that name, is the same one that during the Spanish Civil War produced the Benach improvised tanks first, and the Sadurní d'Anoia tank, carrier and artillery tractor later - all them, already produced by Minairons Miniatures. 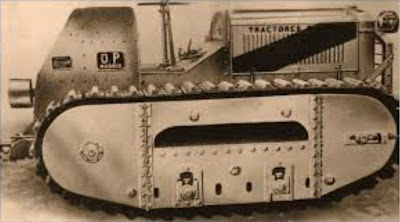 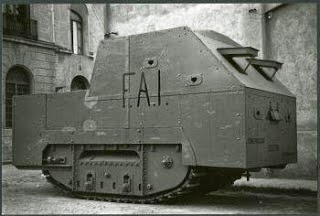 Here you have this innovative to its time tank, portraited along with a Minairons T-26, so that you can get an idea on its size - similar to that of a BT-5 fast tank. 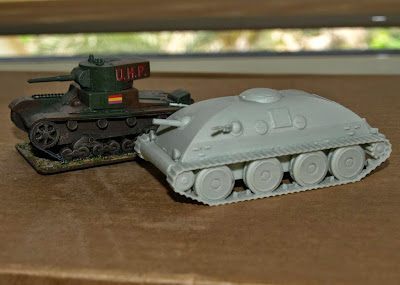 Posted by Soldadets at 6:35 PM

That thing looks like the Hetzer's ugly older brother!

Simply great, with and without tracks, this is the Hetzer's pretty older brother for sure.

Not that well armed as a Hetzer, but an ancestor in the family for sure ;)

After studying its blueprints, we guessed the cannon would likely be a 37mm gun, and this is what we've tried to reproduce there. As for MGs, we've believed it reasonable to assign it a 7mm Hotchkiss as usual.