When announcing our 15mm Panzer I ausf. A release last week, we promised to show a few pictures of it painted, along with some other German tanks from other brands. Well, here you are such photos:

First of all, our Panzer in company of some Peter Pig and Battlefront infantrymen: 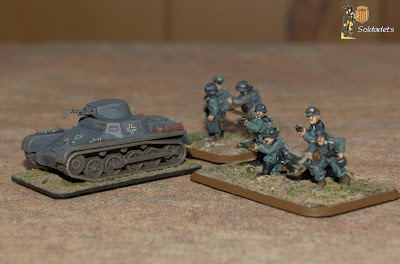 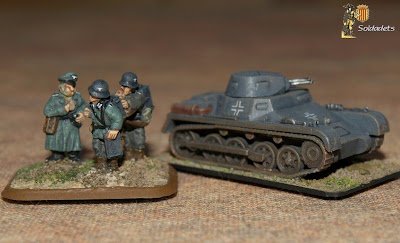 Now, our Panzer I along with a Panzer II of Zvezda: 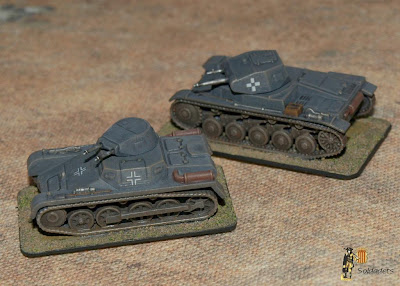 And here below, all Panzers from IV to I. They're respectively from Plastic Soldier Company, Zvezda (both III and II) and Minairons. Worth to be noted that nearly all decals shown in this collection are by an obscure German firm called Peddinghaus Decals:

Finally, the whole family together, including two Zvezda Pz II and a second Pz III --this one from Battlefront: 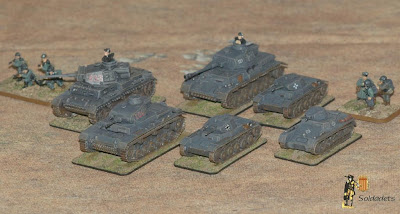 Hope this helps you decide! ;)
Posted by Soldadets at 6:23 PM