15mm Panzer I Ausf. A, released 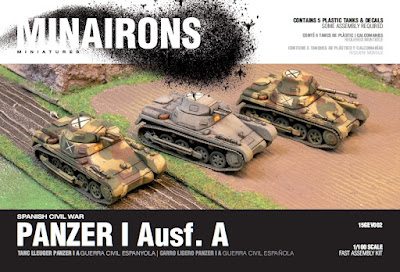 After a number of hard to explain accumulated delays, we are happy to announce our first 1:100th scale fast assembly plastic tank to be finally ready for raiding enemy trenches!

Just as their 1:72nd scale counterpart, our 15mm Panzer I Ausf. A tanks come in a sprue consisting of only 10 parts --2 of which are alternative turrets, the standard MG-armed one and the "modificado" 20mm Breda gun armed turret. These new tanks are available in a 5-sprues box, also including a decals sheet with national markings for not less than 6 early German, Kuomintang Chinese and Nationalist Spanish tanks. The whole set retails on our webshop at EUR 21.95. 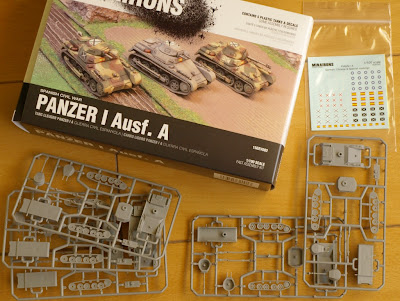 Here below you can see how does one such small tanks look after some (still unfinished) painting: 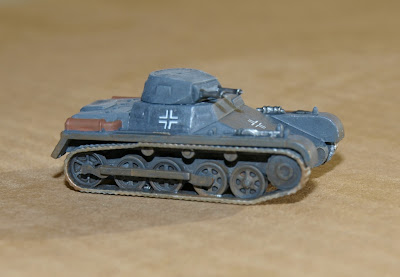 And now close to a bigger cousin, the 1:100th scale Panzer III of Zvezda: 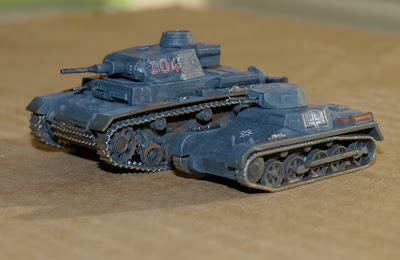 I'm currently painting (as fast as I can!) a series of Panzer II to IV tanks from Zvezda, Plastic Soldier Company and Battlefront alongside to our own tank, in order to let you watch and compare all them. Most likely, I'll be able to show you pictures on next weekend.
Posted by Soldadets at 7:31 PM