15mm Panzer I A preview

We've been delivered a second testing batch of sprues of our upcoming 1:100th scale Panzer I A, so that I've decided to assemble one of them and see what it looks like. For your appreciation, here your are some photos (apologies for their poor quality, I'm anything but good at taking pictures): 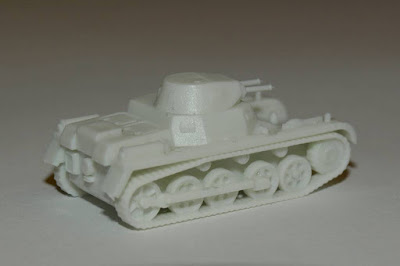 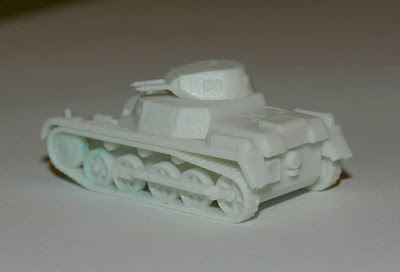 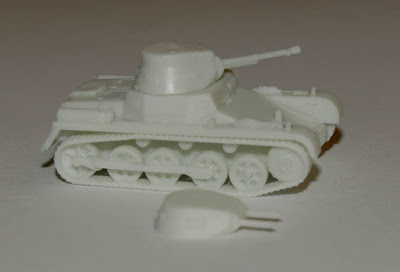 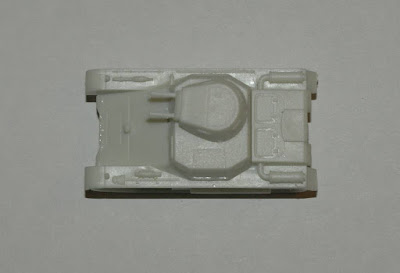 As it was just a test batch, no colour has been added to the plastic. Production sprues will be dark grey, naturally. Now here you are our Panzer I A compared to other tanks:

Compared to a Zvezda Panzer II (half painted, as you can see): 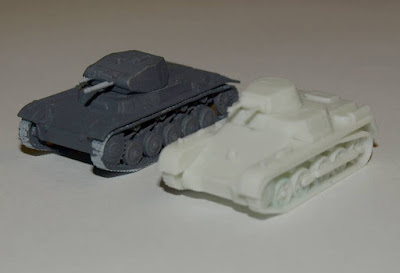 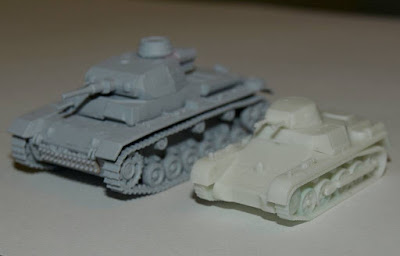 Finally, compared to a Zvezda T-26S (half primed): 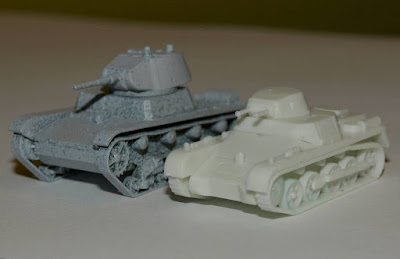 The good news so far. The bad news is that the batch has not been approved by us, because the sprues still showed a flaw. There was a peg missing --the one that should attach upper and lower parts of hull. The model can be assembled anyway, but this was evidently a mould flaw, and we want it fixed. This unavoidably means an additional delay of some weeks to our releasing expectations. We'll have to take some patience, it seems!
Posted by Soldadets at 11:07 PM

Your Panzer I is looking good! I am always happy to see new entrants into the 15 mm and 1:100 space as every additional option enhances the hobby.

My site, Spotting Round, is specifically dedicated to 15 mm WWII wargaming. When you are ready please, by all means, contact me and I will be happy to review anything you have that is relevant to that main topic. A Panzer I would definitely be on-topic.

Quite a stylish site, yours. There some kind of problem with either the link you've provided above, or the home page of your site (if it actually is http://spottinground.com). I've happened to glance at one of your review pages thanks to some googling, but can't get to the home page from there either.

Interesting. The text link I put in is trying to open a page at this site instead of my own. I do not know why that is (and I cannot edit it, or I'd fix it!). However, just click my name and you get to the site anyway.

I'm looking forward to seeing the Panzer Is when they're ready!

I'm really anxious for watching it finally injected too! ...For its production has been accumulating too many incidences and delays.

My hope is to have it released before the end of month. In any case, we're committed to deliver it to Caliver Books before Salute 2013.

As for you website, I can't edit comments either. But I've typed spottinground.com on my browser and can access it normally.