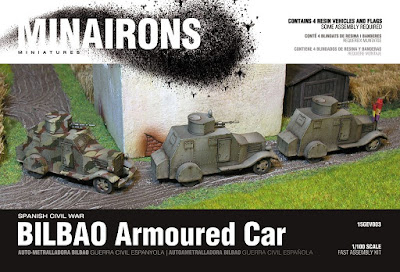 We are proud to present another Spanish Civil War AFV. Once again, the "Bilbao" armoured car –but now in 1:100th scale, this becoming our first 15mm release. 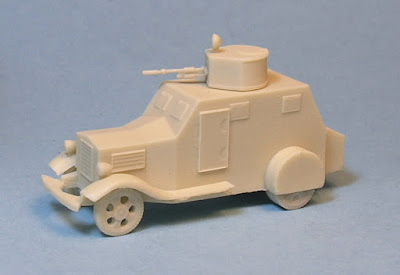 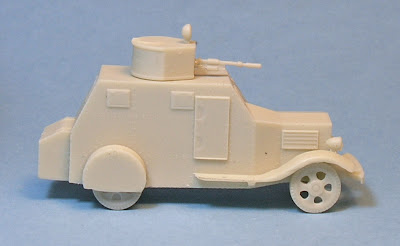 As a matter of fact, this new model was ready for sale since before Christmas, but it had to wait until we had the appropriate replacement hard plastic MG and fore wheels, because the original resin ones were too brittle, and wouldn't release the kit until this issue was fixed.

Model itself is made of polyurethane resin (PUR) and consists of 10 parts, including an optional turret light and, as said, hard plastic fore wheels and MG. Our 15mm “Bilbao” armoured cars are to be sold by the platoon of four in a box.

Box reverse includes an assembly schema and painting guide. Besides, the whole is accompanied by a small paper flags sheet by FlagsofWar.com, that shows 3 textured Spanish Republic's institutional flags. 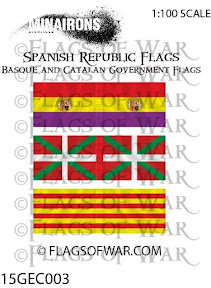 The whole set is to retail on our website at EUR 29.95, along with some new releases else: 1:72nd scale decals and flags will be now separately sold by the unit.