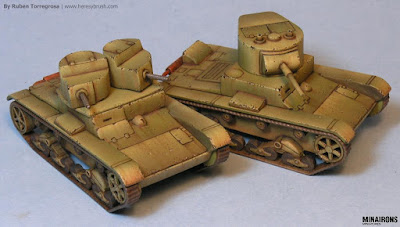 We are delighted to show you the superb artwork performed on our T-26 model by Rubén Torregrosa of Heresy Brush, who has brilliantly sorted out the issues of dealing with only poor resin prototypes!
Let's take a look first on its single-turreted "B" version: 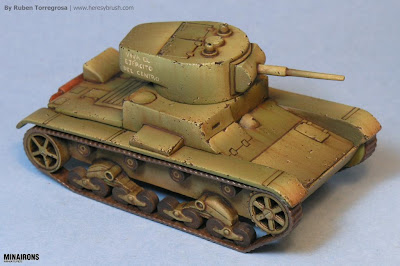 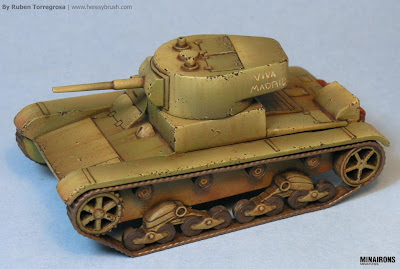 It must be said in advance that Rubén has had a lot of work with the open hatch turret, due to the crewman figure's poor detail, that has forced him to simulate a number of features initially missing from the prototype itself (anyway, you won't have to deal with that trouble, for sure!). Here you can see results: 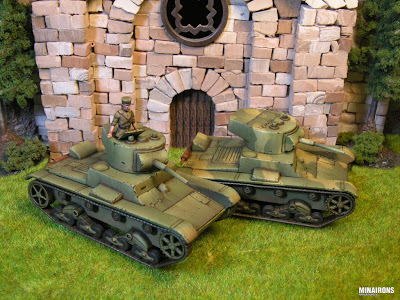 The prototypes you can see show no plates riveting, or details on mudguards such as shovels, levers and so; but the ultimate plastic model will indeed. Now, a couple of pictures on the twin-turreted "A" version: 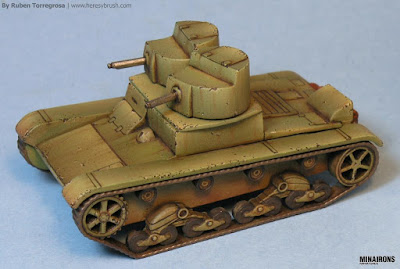 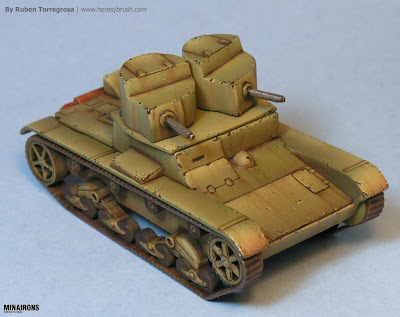 Also, worth to be noted that models haven't been applied any markings, for these are still being printed. However, we would like to remark the ultimate decals sheets will include national devices of USSR, Finland, Turkey and Spain (both SCW sides). We'll be able to show them pretty soon!
Posted by Soldadets at 7:46 PM

Very much looking forward to this one, especially how the rivets and tracks will look on the final product.