I'm proud to show you what our upcoming 1/600 Ship of the Line looks like, now that all the 3D printing and prototyping work is over. We intended to make a medium ship of the line, rather than any of those huge 1st or 2nd rates. So we took as a loose model an early 1700s Russian 58-gun warship good for building a 4th rate model from it --or even a small 3rd rate one if imagining it plentiful of bow and stern chaser guns!

The hull you can see in the following pictures is the ultimate production resin one, while masts and rigging are 3D printed prototypes that are to be taken to foundry --so the ultimate ones will be white metal. 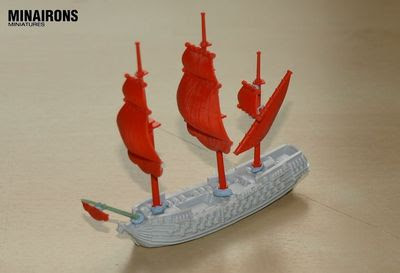 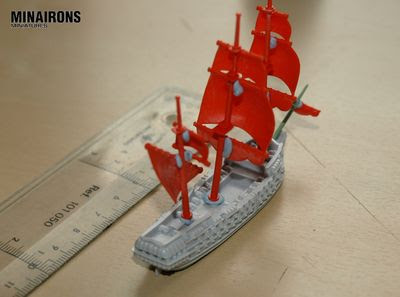 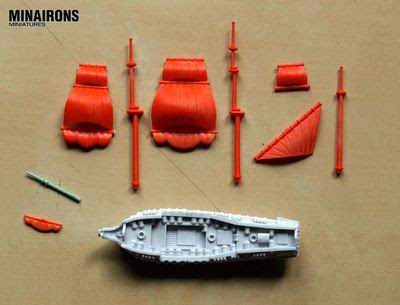 Here below you can see the fine detail achieved on hull sides, showing the gun ports open. 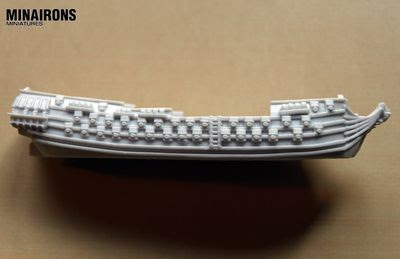 We have also designed rigging versions for fully unfurled sails, that we shall most probably sell apart, as optional accessories for ship customization. 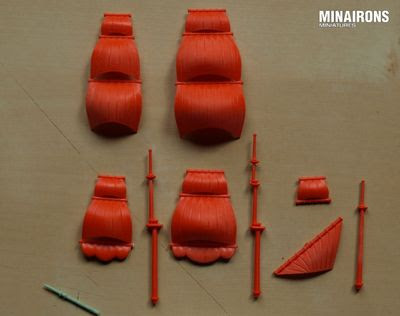 Here below, our warship can bee seen together with a race-built galleon from Skytrex, so as to help having a notion about their respective sizes. 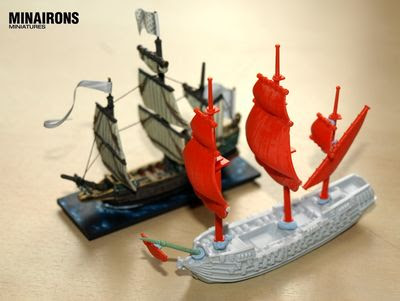 We would like to have it released before the start of Summer; however, as is it likely unexpected issues to eventually occur, let's be less optimistics just for cause, and let's say we'll have it ready by late Summer.

Posted by Soldadets at 8:20 PM

When will the Minairons Ship of the Line be marketed?

Sorry Mark, I didn't notice your question before. Sails and masts are being tooled right now (March 2020); after this is done, it will be time for box art and design. So I figure it all will be ready for launching this Spring.