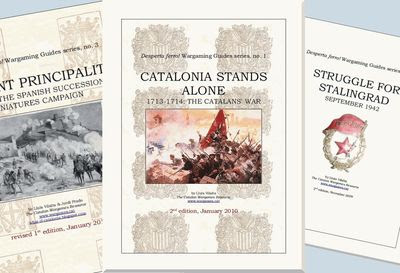 Long time before creating the Minairons miniatures brand, I had been running a blog called "Desperta ferro!", from which I shared some of my hobby experiences under form of PDF files for free download; often as a result of a wargaming campaign with my local mates, other times as a product of my personal research after a project in horizon. Perhaps someone here still remembers the first one, a booklet named "Catalonia Stands Alone" devoted to the solitary, hopeless war waged by the principality in the last stages of the War of Spanish Succession. Encouraged by the positive feedbacks earned, I still published a few documents else before having to resign and shutting the blog doors down --mainly due to the difficulties and troubles inherent to creating a miniatures brand. 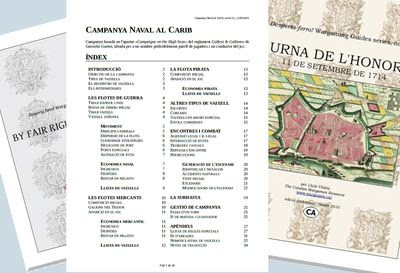 Now that some of such troubles are seemingly fading away slowly, I have regained much of the hobby time I had been denying to myself for such a long while, so being able to play games again with some regularity, and even to run some new campaigning. This circumstance has allowed me to reconsider making available again some of those titles, either in their past format or under a new concept.

And this is precisely what I've started doing right now from Minairons miniatures website. So I have created there a new Free Downloads section at root level, currently comprising just a handful of free SCW painting guides as well as a PDF product catalogue; and I shall expand it quickly to contain all the free stuff mentioned above. Some of such materials are likely to be uploaded as they were, under form of a PDF booklet; but others will be shared as data cards, following the previous positive experience with the mentioned SCW painting guides. 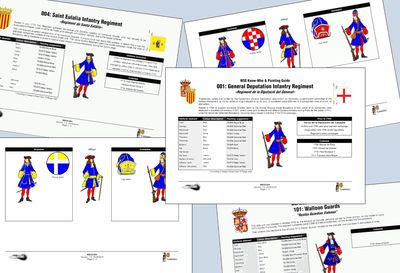 Some of such WSS data cards have already been uploaded and are available; I would thank sincerely your feedbacks on them. I shall publish and upload more of these on a regular basis --probably with some simultaneity with the 15/20/28mm flag sheets I'm currently releasing.

About the booklets themselves, as said I will be revising them the one after the other, to get ensured about which ones to salvage or to discard (with disregard of the data cards above expansion), and see what must be translated still. For you to get an idea on what I've got ahead, there is an all-in-one booklet, a related WSS campaign, a WWII campaign (that has probably become outdated due to Battlefront's expansion of their Firestorm system) and an 18th c. Caribbean Sea campaign (so some amount of work ahead!).

Posted by Soldadets at 5:03 PM

Great idea to republish the booklets. Any thing on WSS is welcome.

Thank you very much for making these useful booklets available. I am waiting for four more Minairons figure sets to arrive from my distributor, so this was a timely discovery on your blog. Regards, Pat