We're proud at showing you the third and last version of the Catalan IGC Sadurní tank, that we are about to release pretty soon --less than two weeks' time! The sample model you can see below has been masterly painted by our usual collaborating artist, Rubén of Heresy Brush. 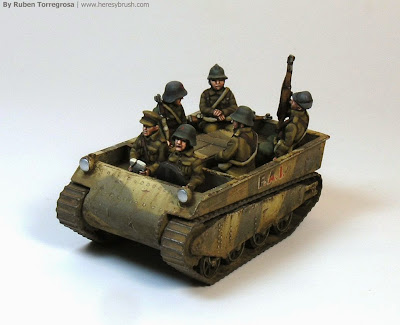 Model itself is extremely easy to build, for it consists of just 3 resin parts. In our opinion, the main goal of this about to be launched new set resides in the complete white metal crew complimenting it: driver, accompanying officer and 4 Republican soldiers --al them superbly sculpted by Xan Bautista of Xan Miniatures. All them showing different poses, as usual in our 20mm figures range. 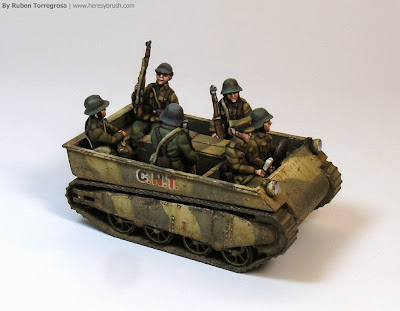 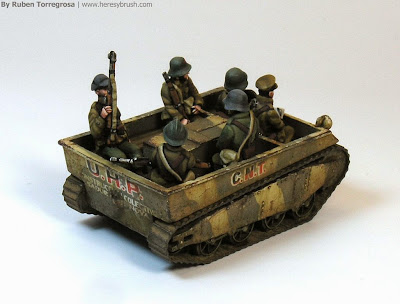 Despite the Spanish Ministry of War denial to assume its mass production, this carrier was actually built in small numbers and delivered to the Republican columns in the Front of Aragon, where they served until rendered useless by the lack of spares. Here below you can see it along with its more successful tractor version, painted by Rubén too. 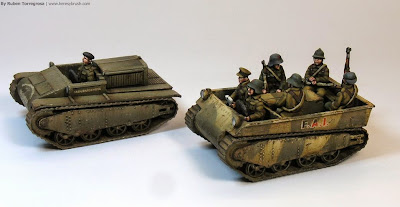 As always, great looking model! Will the crew be available separately? They would be handy for trucks and cars.

Sure! ...such was the idea precisely. We'll wait for some time until having checked this particular model sales rate, and then we'll release crewmen as a separate item.

Could you recommend a website, which delivers in the US a large collection of these figures?

Pat Condray of Historical Products Company (HPC) in FL does carry our 1:72 stuff, for instance. Or,, Michigan Toy Soldier Co. also does.

Please check this page for a listing: http://www.minairons.eu/en/content/11-where-to-find-us

Their respective catalogs might be slightly outdated with regard to ours own. If missing some particular thing there, just ask them for it.