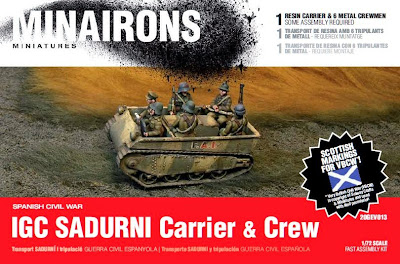 In theory, I'm still on holidays --but no longer enjoying them at a remote valley in the Pyrenees, but already at home. However, I couldn't resist the temptation and wait until next Tuesday before letting you know our next release: the carrier version of IGC Sadurní tank at 1:72nd scale. 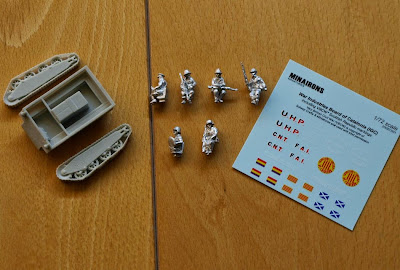 Model kit itself is extremely simple to build, as it can be seen by the picture above, for it just consists of 3 main parts. However, kit is completed by a white metal driver and 5 other crewmen --officer and 4 soldiers--, all them superbly sculpted for us by Juan G. Bautista of Xan Miniatures, as usual. 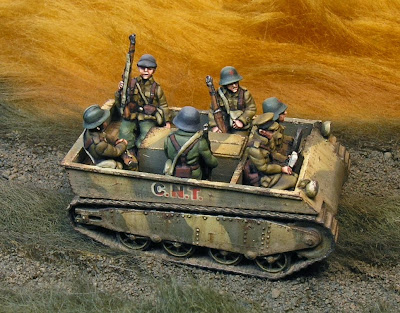 As with other vehicles in this series, the ensemble is completed by a decals sheet comprising a number of insignia used by Catalan made AFVs, as well as markings for VBCW Scotish Republic tanks --all them in excess. 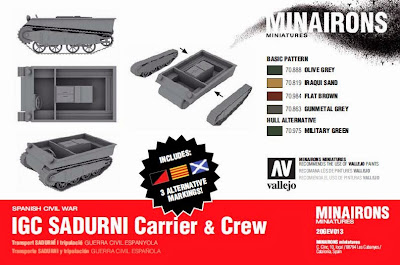 As suggested above, despite my holidays week isn't over yet, I've made this new model kit already available at our website. Don't miss the opportunity to be the first one at getting yours!
Posted by Soldadets at 12:35 PM

Awesome figures, they totally recall my childhood, to bad we had only simple figures.