The very first proper bookmobiles service in Spain was heralded by the Catalan Government, or Generalitat, as a way to bring leisure and culture to the Republican soldiers --even amidst a war. Conceived in late 1936, the service started working in early 1937 and consisted of a small fleet of at least 3 different adapted trucks/buses, whose task had to be visiting regularly field hospitals and rearguard encampments. The last, sad service of one of these bookmobiles took place coincidentally to the fall of Barcelona in early 1939, when it was used for evacuating as many Catalan men of letters and their families as it could carry, and leading them to the French border safety. 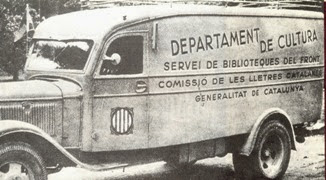 Quite logically, as soon as I learnt about these heroic, peaceful wartimes vehicles I immediately fell in love with them, and committed myself to bringing them back to life --albeit at a small scale. As usual, we were severely hampered at first by the lack of contemporary pictures and blueprints of any kind, but were nevertheless able to guess to some certainty degree make and model of one sample, and soon started working on it (with the valuable help of some GAZ-AA buses/ambulances blueprints). Well, this is a preliminary view of the thing, at its current stage: 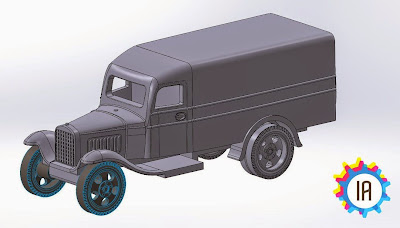 There is a number of elements still to be defined or corrected, such as headlights or optional side vents panels for instance. However, it is already starting to take shape.

When endeavouring such an odd, out from normal vehicle, some degree of pragmatism must be applied on the project itself --if you want it to enjoy a minimum acceptation degree. Following this idea, I told the designer to forecast some interchangeable parts, so as to allow the vehicle to be optionally built not as a Catalan bookmobile, but a generic Republican ambulance instead. These would consist of the above mentioned side panels --more or less like the ones you can see on the ambulance below (a Dodge perhaps?): 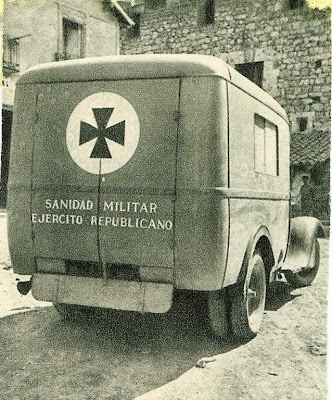 Besides, I also thought it would be useful (and funny!) to device for it a third option, so that the vehicle could be also used as a timeless or what-if bookmobile, valid for virtually any setting you wished --historical or not, but in any case plentiful of humour. Following these criteria, the decals already at printshop are to include markings and letterings for all three alternative uses: 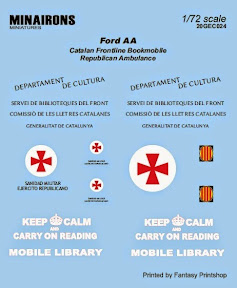 Oh, and last. "There's no bookmobile without a librarian", I told to myself. So the kit would include a 20mm white metal figure inspired on this one below: 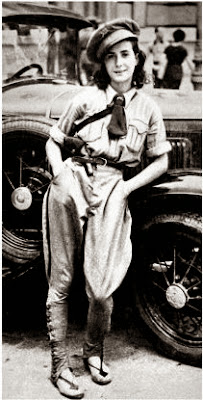 Not to be 3D designed though, as we intended at first. Otherwise, she'll be sculpted in the traditional way by Angel Terol --the same guy who's been commissioned our Republican Militiawomen series.

There is not a precise deadline for its release yet. As for caution, we've provisionally scheduled it for next September.
Posted by Soldadets at 7:48 PM

It's really, really nice to see some more unusual vehicles being modelled for a change. Well done!

And yet this vehicle will have so many uses.

It's great to see a model company doing something a bit different...And fun! :)

Stop it!! You are filling my model making time with so many wonderful distractions.

Excellent idea and addition to your model range. Looking forward to having it in my handas!

Sirs, thanks for your warm appreciations.

Simon, I'm afraid you haven't seen it all ;)