Thanks to the contribution of a Spanish reputed hobbyist, we've had the chance to get the original patent and front view blueprints of the Benach Mod. 1935 Fast Tank, a Catalan pre-war project initially intended for export we had told you about some days ago in this topic. Such circumstance is going to definitely allow us to design this amazing Christie-inspired AFV. 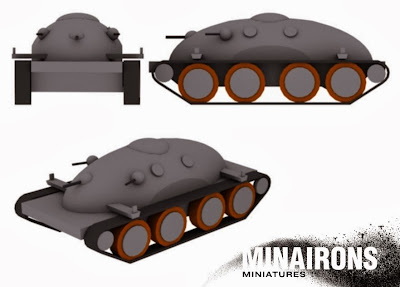 Reading the patent access has permitted us to know an outstanding feature of this vehicle, that is a real novelty with regard to Christie's designs: once tracks had been withdrawn, the central idle wheels would be lifted, thus leaving the tank set on a 4-wheels mode. This is how our preliminary drawing depicts such: 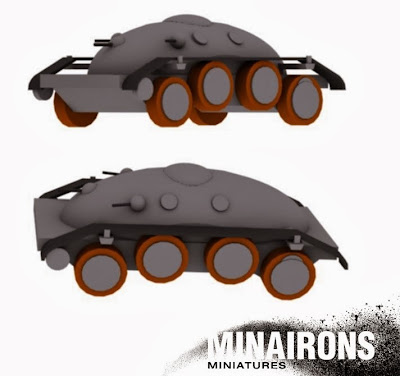 As you can imagine, there's still a lot of work to do --so we shall keep you acknowledged on our eventual progression at this. For the moment, we've already determined to release it at 1:72nd scale first, under reference no. 20IGV002.
Posted by Soldadets at 11:17 PM