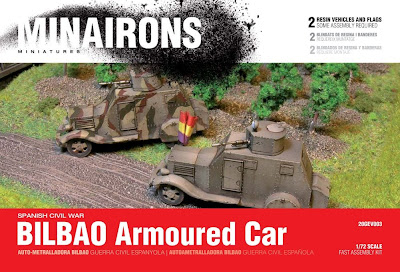 This is what our next-to-come 1:72nd scale Bilbao Armoured Car will look like, once entirely re-mastered from the basis of re-scaling our CAD prototype --initially produced at 1:100th. 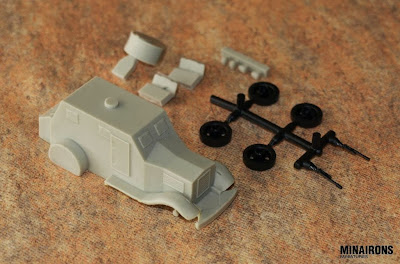 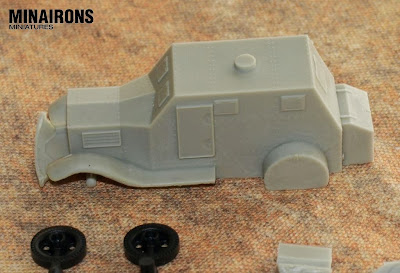 As you can see, hard plastic fore wheels and machine gun have been re-scaled too. And they do fit perfectly! 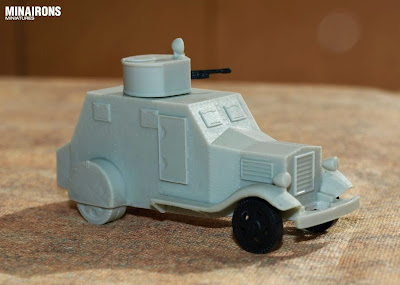 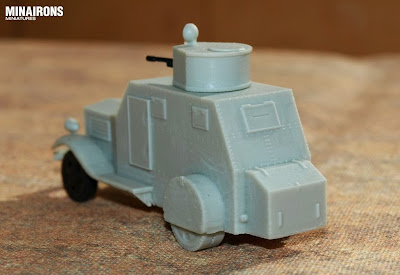 You can see next our armoured car accompanied by two 20mm figures --a Republican officer from Bandera/HPC and a standard-bearer from Irregular. Apologies for their battle weary look --chipping, unfinished flag and so--, I should have repaired them before pictures! 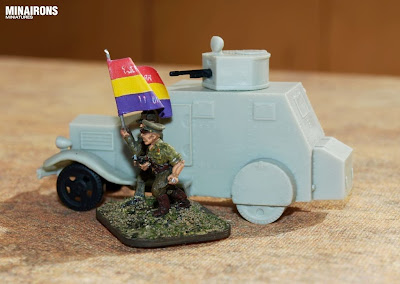 Minairons' 1/72 Bilbao will be released on August 15th as a boxed set. It will include 2 resin armoured cars, one hard plastic sprue with 4 fore wheels and 2 MGs, and one paper sheet containing 3 textured flags.
Posted by Soldadets at 8:39 PM