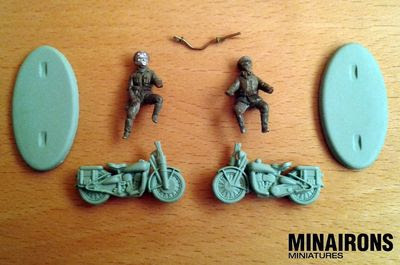 I'm happy to acknowledge our readers that our upcoming set of 1/72 scale SCW figures is ready now. The set will consist of two Republican dispatch riders along with their Harley-Davidson motorcycles. Unlike their 1/100 scale counterpart shown below (where bike, rider and stand are cast in a single piece, with only handlebar and arms apart), the 1/72 scale version has separate motorcycles, figures, handlebars and stands (so allowing multiple customization chances). 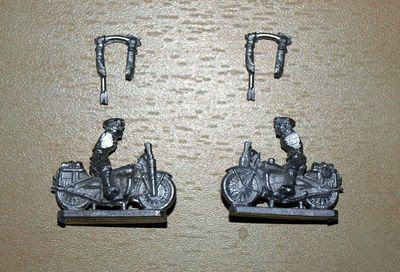 As you can see, the first figure of this new set shows a man leaning on his right foot, as if he was talking with someone else, or watching something perhaps. 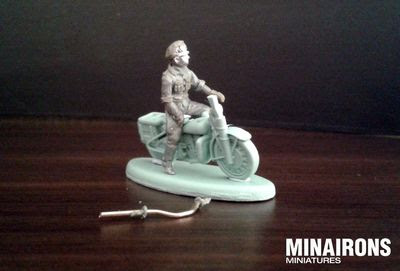 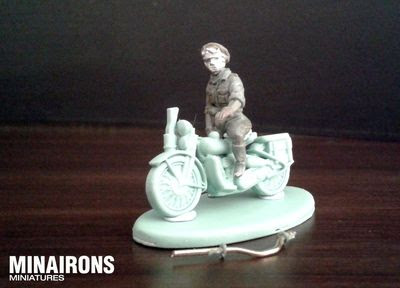 The other one represents a rider seated on his bike --which is obviously supposed to be running. 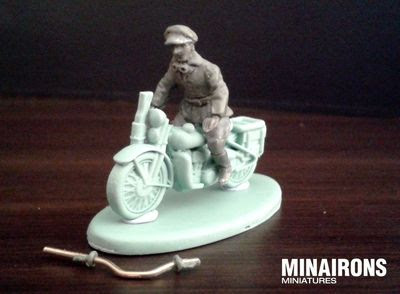 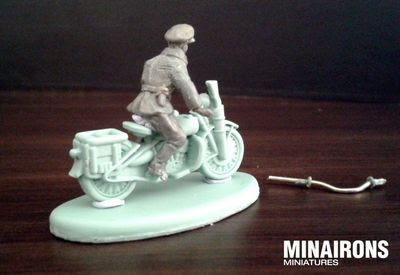 In the next few days we're going to take them to foundry for production.

Posted by Soldadets at 6:49 PM

The tires seem rather wide but the figures look excellent, very natural poses - will the next set be health & safety officers issuing them helmets? :-)

From the opposite side, by chance? LOL