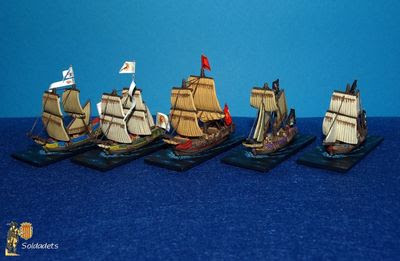 Let me show you a second group of ships belonging to the current commission, that consists of all the two masted boats in the commission, all them from Peter Pig. The one in the middle is a 18-008 medium warship or brig, while all the rest are 18-007 small warships --with some variations amongst them, making them look like either a small brig, quetch, schooner or brigantine.

Two of those smaller warships have been painted as Spanish escorts. One of them has been enlargened the stern castle, as well as assigned a lateen sail on mainmast, as if a primitive form of brig or quetch it was. The other one has been dressed as a proper brig with a gaff sail. Both are flying 1701-1785 Spanish war ensigns as well as long commission pennants. 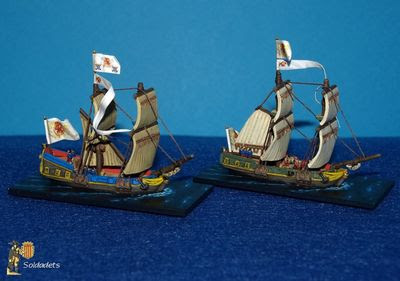 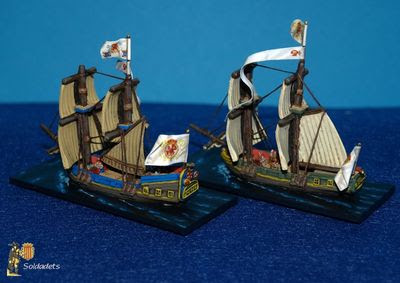 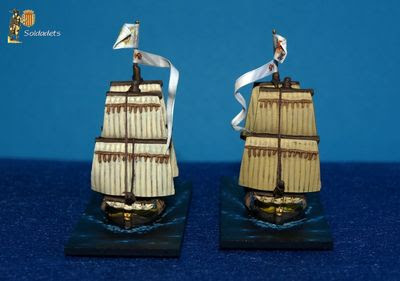 On its side, the larger brig has been given an austere look as a pirate ship, showing flags allegedly belonging to Christopher Moody. Red on red all along the ship! 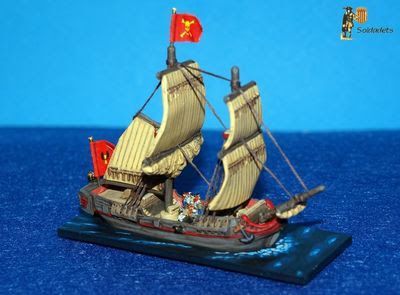 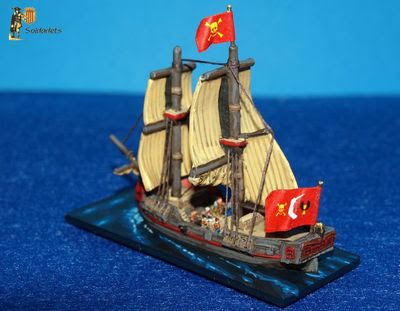 And last, the other two smaller ships have been built and painted having pirates in mind too. I assume that purple is quite an anachronistic colour for a ship of that era, but if you watch her flags set you'll understand why of such odd choice --for these are the ones that some sources state for the french pirate woman Jacquotte Delayahe. As for the second warship, it shows the flags supposedly flown by another french pirate, Olivier Levasseur. 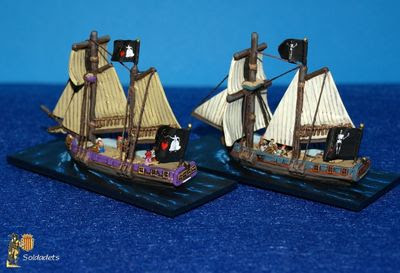 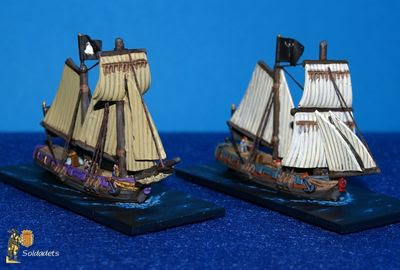 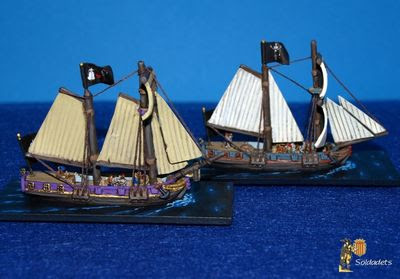 I've already started working on this commission third batch, that is to consist of all its single masted ships --again, five models. Worth to warn that one of them is going to be assigned a second mast and rigged with lateen sails, with the aim of making a tartane of it. Despite what is commonly believed, lateen sailed boats were quite common in the Caribbean, manned by Mediterranean powers such as France and Spain. 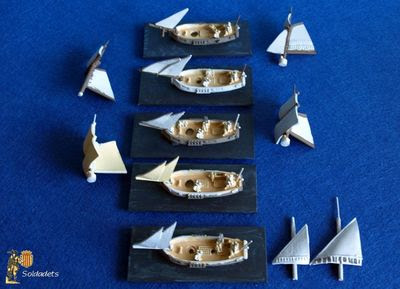 Posted by Soldadets at 6:39 PM