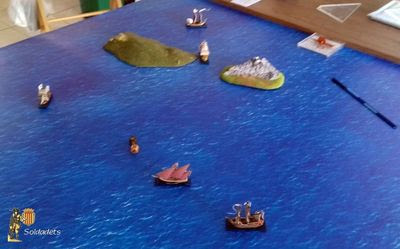 Last weekend, we had a lot of fun at Minairons HQ. Some friends and I held an Age of Sail game using Ganesha Games' Galleys & Galleons rule set on a Caliga vinyl game mat. As the introductory game it had to be, the scenario involved few ships (2-3 each side), showing three different rigging configurations (square, lateen and galleon-like hybrid riggings), so as to get familiar to each. 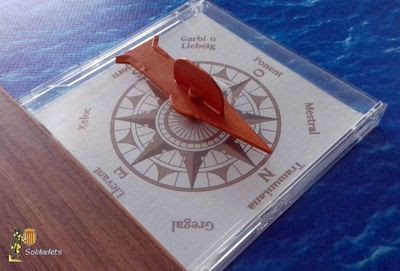 Winds compass and distance rulers were home made, using recycled materials of every kind. For gamers' ease, I worked out a stats card for each ship that listed their quality and combat ratings, special rules, behaviour face to winds, actions allowance and so. 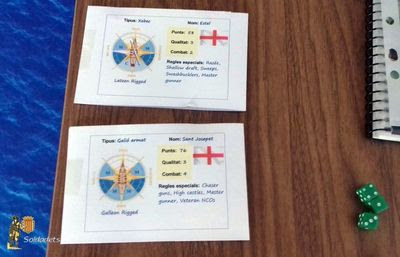 As for the model ships used, they were mostly from Peter Pig's range #18: two galleons, a brig and a schooner, while the fifth ship was a xebec from a Shapeways artist --all painted by myself (still learning to improve my skills at painting ships, admittedly) and decorated with Minairons ensigns, flags and pennants. 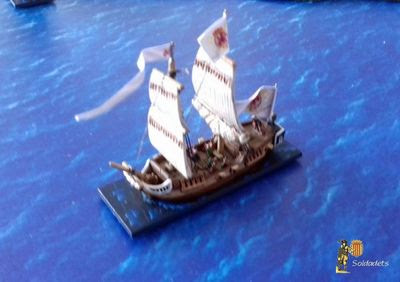 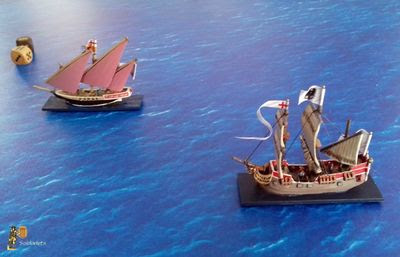 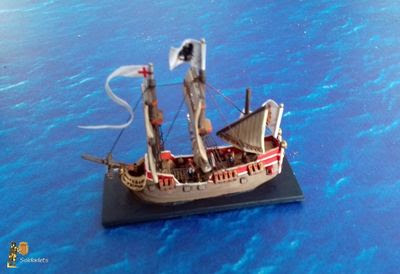 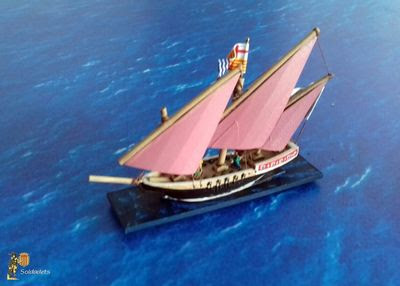 Either both gamers and I (performing as DJ) had a lot of fun with it and are anxious to give another try to Galleys & Galleons again. While in process of agreeing a new gaming date, I'm painting a couple of ships else --this including a Minairons galleon of course! 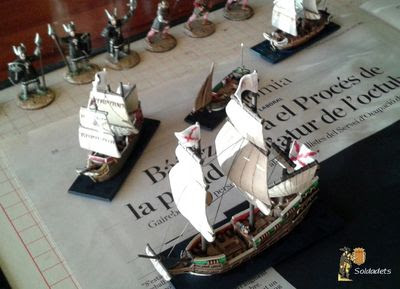