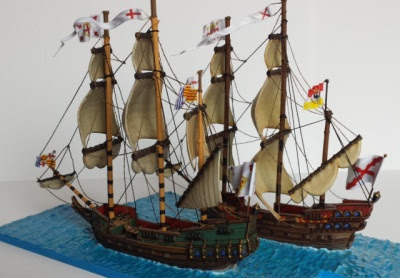 Please allow me some minutes to introduce our next 1/600 scale Age of Sail ship, a Late Galleon, a sample model of which was recently built and painted by Model J Ship naval workshop along with her earlier sister, as you can see by the pictures in this thread. 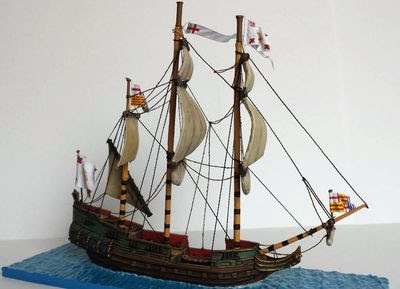 Model kit will come in box, complemented by a flagsheet with a 17th Century Catalan ensign, flags and pennant --those very same you're watching in pictures here. This new 03NAV006 Late Galleon is schedueld for release in April 3rd, but eventually interested users can already pre-order her from this web page. 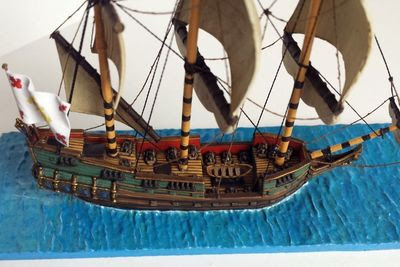 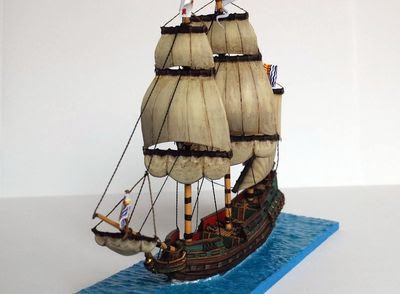 Also, some will perhaps find useful the collection of 17th century Ensigns we are developing, currently covering either naval, merchant and privateer flags of Spain, Portugal, Catalonia, France, Ottoman Empire, England and United Provinces, with more on the way devoted to Venice, Malta, Sicily, some Indies Companies and a handful of pirates. 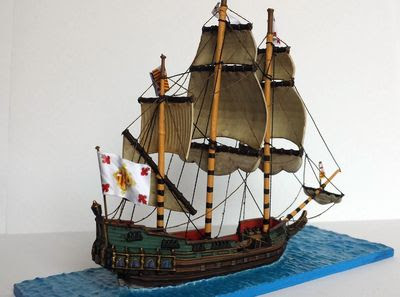 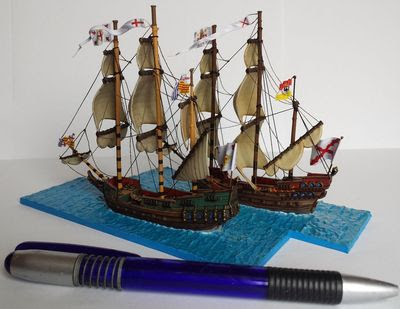 Posted by Soldadets at 4:18 PM