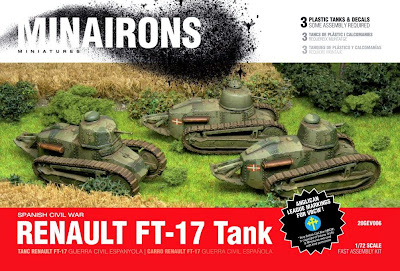 We are delighted to announce the release of our first entirely hard-plastic model kit of this year, the Renault FT-17 light tank - definitely the most ubiquitous armoured fighting vehicle in History for, despite being considered as obsolescent since mid 1920s, it survived in battlefields well into the 1970s!! - If unbelieving, go ask the Soviet soldiers having fought in Afghanistan, what kind of armour did they meet in Taliban hands! 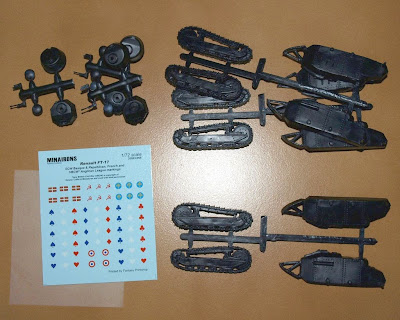 Back to this our new hard-plastic model, it is the result of a co-operative work with the HäT Industrie Inc. reputed USA company, by which the model kit has been manufactured partly by them, partly by us. This way, in each of our 3-tanks box you'll find 3 sprues including hull and running gear, other 3 sprues comprising 2 alternative turrets each besides of an MG and a cannon that can be fitted on whatever the turret you choose, and last one sheet with a number of different decals for several SCW Basque, generic Communist, VBCW Anglican League and 20th cent. French markings. 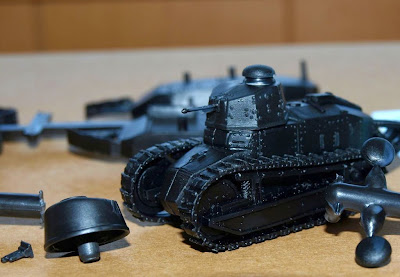 As stated above, 1/72 Renault FT-17 tank is available either in 3 tanks + decals box, or single in bag (with no decals). 20GEC006 decals are separately available too. All them can be purchased at our www.minairons.eu website, or through any of our current distributors/ retailers as usual. 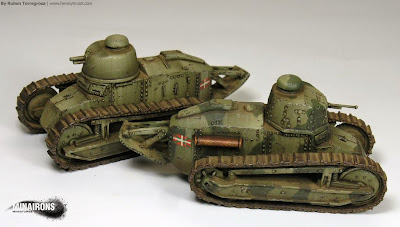 Posted by Soldadets at 6:03 PM