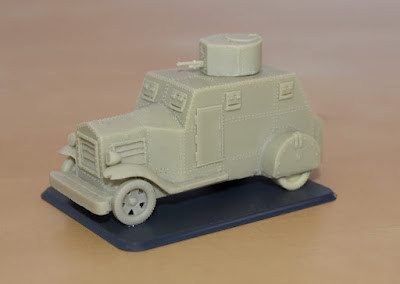 Minairons Miniatures is delighted to present its latest 1:72nd scale Spanish Civil War AFV --no other than the ubiquitous "Bilbao" armoured car. Although initially intended to perform as an anti-riot media for the Guardia de Asalto police, the 1936 military uprising against the Republic forced to press them into field service as a fighting vehicle, thus filling the republican armour gap until the first Russian tanks were delivered. 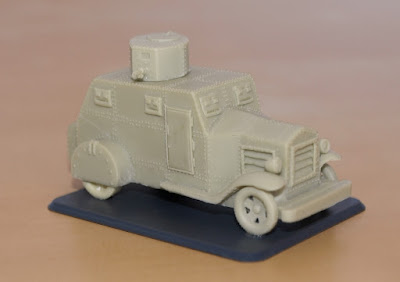 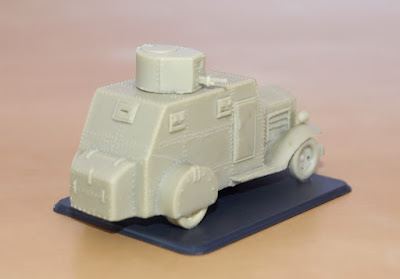 This new model has been manufactured thanks to a friendly partnership agreement with Barcino Miniatures. This is a pretty small, one-man Catalan company lead by Oscar Alcalde, a passionate Spanish Civil War gamer who endeavoured production of a nice range of white metal figures some time ago; thanks to such partnership, he's got to seriously consider re-launching that range --and we'd gladly support him at doing so. 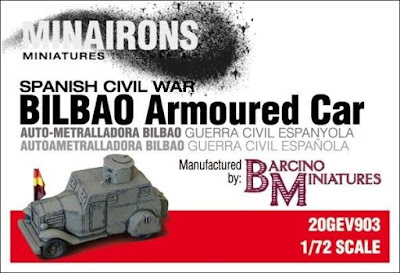 Model itself is made of polyurethane resin (PUR) and consists of just 8 parts. Each kit comes individually in an auto-wrap bag and header card also containing a flags sheet with 3 textured Republican flags, that have been designed by FlagsofWar.com for us. The whole set retails at EUR 9.95. 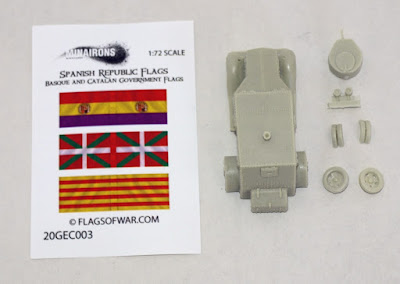 You can see what does one such model look like, once conveniently painted and flagged, thanks to the captions below. Artwork by Daniel Rodríguez of Field Factory (Soria, Spain). 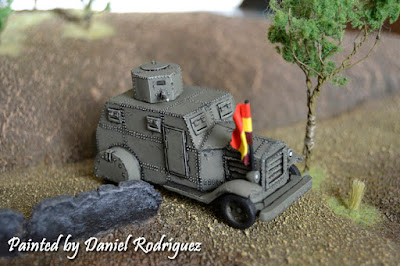 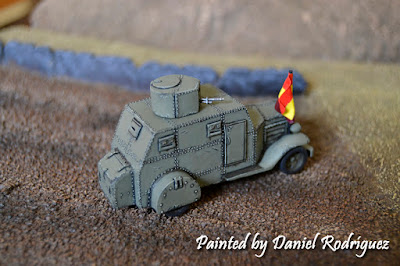 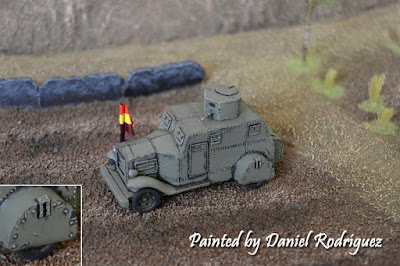 While our www.minairons.eu keeps being out of order, our models can be puchased at eBay through this link. Again, apologies for the inconveniences.
Posted by Soldadets at 10:48 PM

A good looking miniature of an interesting vehicle. Keep them coming! Looking forward to see the T26.

Btw while the ebay link is working, there are currently no items for sale.

The post was published at a moment when our www.minairons.eu website wasn't fully working yet. This is why we put the model on sale at eBay.

However, now you can acquire our models straightly from www.minairons.eu. It works!

We are now re-mastering its 1:72nd scale version. Once this is done, we shall re-scale it to 1:56th scale.

Most likely within the second half of this year, then :)