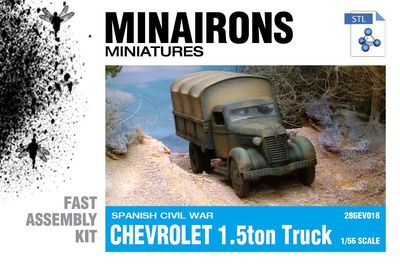 Yes the 1:56th scale version of the iconic Chevrolet light truck is back on our shelves - but now as a digital product rather than a physical one. We're now selling it as a set of STL files for 3D-printing - either by the purchaser himself, or by using a 3D-printing service. 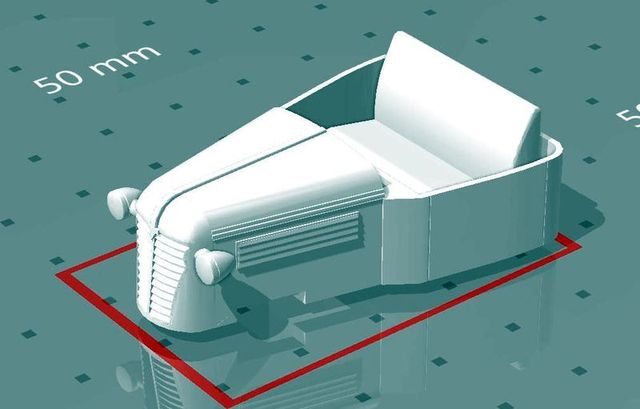 Despite having simplified a bit the model kit, we've nevertheless kept it as a multi-part set in order to ease its painting job, as well as an eventual customization. So it consists now of separate parts for chassis, front, cab roof, bed, wheels and optional tarpaulin and steering wheel - quite less than its former physical counterpart, that had also separate parts for bumper, headlights and rearview mirror. 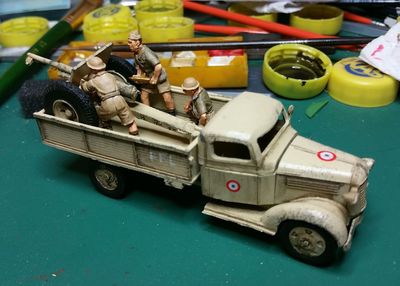 Chevy's STL files come in a .RAR or .ZIP file on demand. Due to the compressed file exceeding a bit the maximum allowance of our website's software (which is below 2 Mb), an automated download cannot be set; therefore, the STLs must be delivered manually using a secure service such as WeTransfer after order is paid for - apologies for the slight inconvenience! Meanwhile, we're planning to set a store front in Wargaming3D shortly. 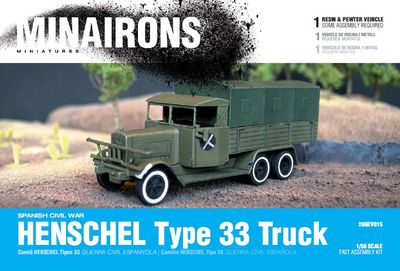 Also, we are already working out the same with another well-known 1:56 model kit - the Henschel Type 33 heavy truck.