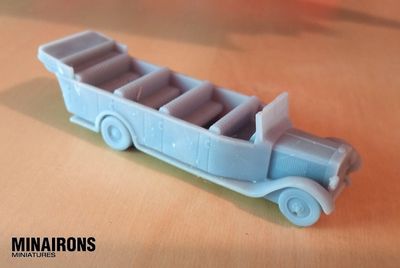 This new model kit is born thanks to our patronage to Panzer Printer Ukrainian designer through Patreon; it is sold as a single piece DLP 3D-printed miniature, so requiring no assembly at all.