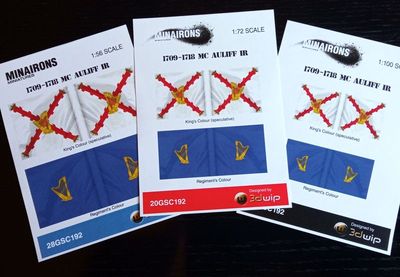 It's now available a further set of War of Spanish Succession flags, in 1:100th, 1:72nd and 1:56th scales altogether as usual. Now it's been the turn for one of the jacobite Irish units in Bourbon Spanish service - the McAuliffe Infantry Regiment, perhaps better known by its later Ultonia name (Ultonia standing for Ulster county). 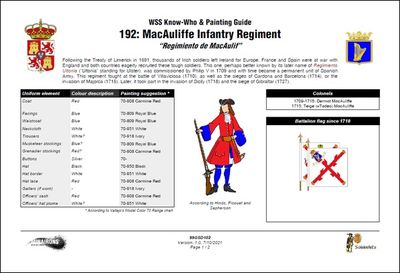 Along with the flag sheets, I've also released a PDF painting guide devoted to that very same Infantry Regiment. All my PDF guides can be freely downloaded, as perhaps some of you already know.