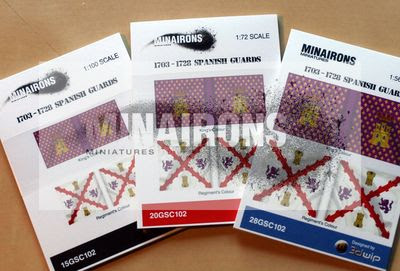 I'm happy to announce the release of a new set of infantry flags for War of Spanish Succession, devoted to Philip V's Spanish Guards, an elite regiment created in 1703 on the model of Louis XIV's Gardes Françaises. Released in 1/100, 1/72 and 1/56 scale versions altogether, these new items are presented in DIN A7 format paper sheets and comprise one Kings's colour and one Regiment's colour each. 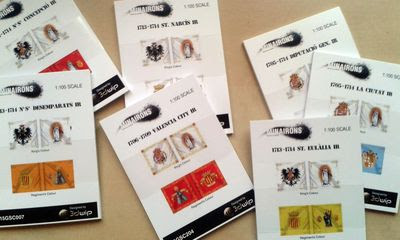 Also, I'd like to acknowledge you that all my WSS flag sheets are no longer going to sell as PDF files, but as pro printed DIN A7 paper sheets too. Over a period of a few weeks, the already released flag sheets will be progressively converted to such new format - starting by their 1/100 scale versions, that are already available in the new shape right now!

Here below you have a sample of Catalan Deputation IR flags on standard bearers kindly provided by Eureka Miniatures. 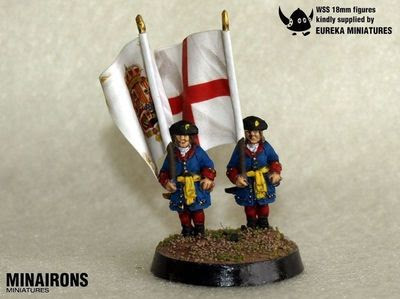 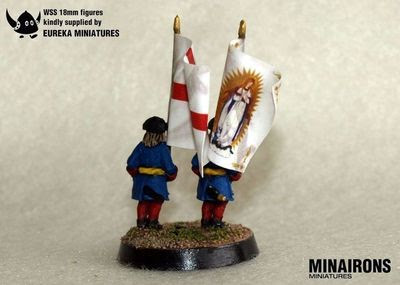 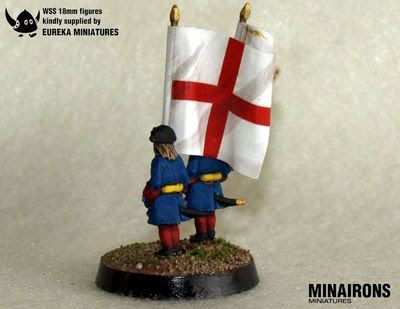 Posted by Soldadets at 3:33 PM