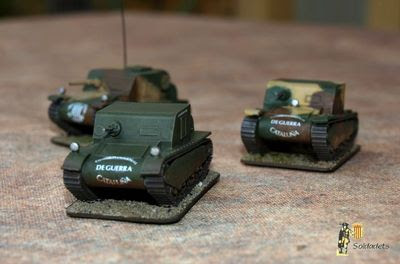 While still awaiting for the Trubia-Naval tank decals to come, I've taken advantage of the spare time I had for assembling and painting some IGC Sadurní tanks for my own collection. Not any master pieces actually, but I think they still look pretty nice anyway. 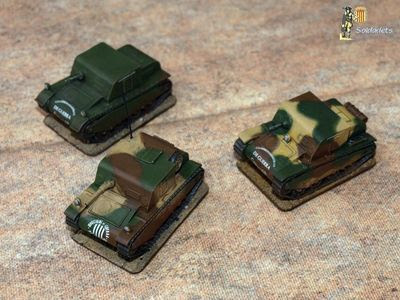 I haven't assembled them just as they were, but have drawn out some pieces form my spare parts box so as to customize all them at some degree. They all have been added mudguards, for instance (either coming from its tractor version, or from a cannibalized T-26 kit from Mirage. Or I have also tried equipping them with headlights in varying positions, as you can see. 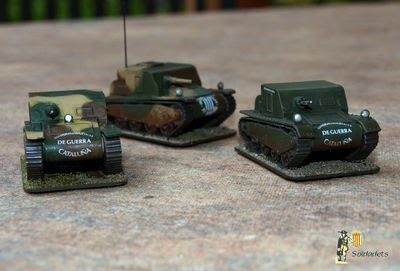 Also, I was curious to see if this tank could have been actually improved by a better armament, so I replaced the MG of one for a small gun (a 37mm or so perhaps). Then I realized this would leave barely any room for the 2nd crewman and gun altogether, so I enlargened its internal space rearwards. Well, there is room enough now, but no chances for a third crewman either. Well, at least I had some fun at trying! 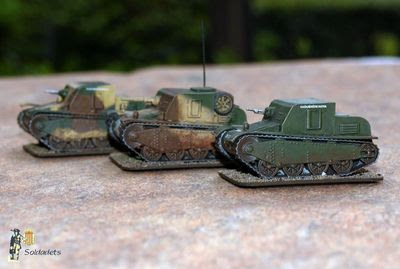 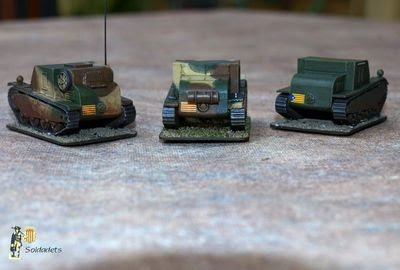 Posted by Soldadets at 7:55 PM

Great work- gives me the push I need to finish mine.