Closing to a deadline

Quite a while without any significant enough news to show, certainly. Things have slowed down a bit with regard to the frantic pace we had been keeping last year. Things are happening behind the scene, though.

Our model the closest to its releasing is Trubia-Naval tank; we are now just awaiting decals to be printed and white metal accessories prototyping to be finished up. The reason for the delay was the weapons sprues you can see on the picture below, that were too tiny and fragile and had to be re-done. 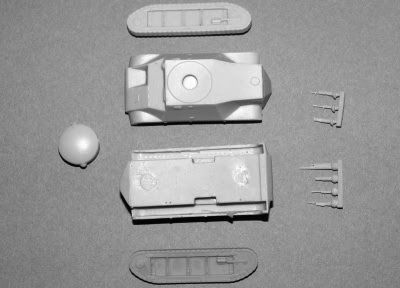 Otherwise, BT-5 fast tank development has been progressing accordingly enough to its name (LOL). First resin hulls will be ready by the end of month, so that we'll only have to wait for the white metals accessories sprue too. Here below you can see its 3D-printed prototype: 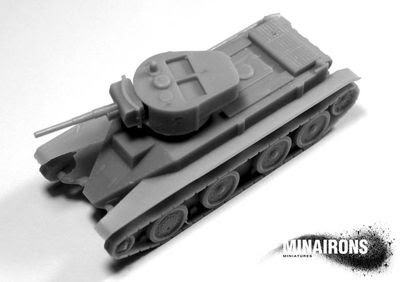 Anyway, none of these will be our next release, for we've considered prioritary a new set of figures. Or I'd rather say "2" sets instead of just "1", that shall be released altogether in a very short time: both Nationalist and Republican heavy mortar teams. Pictures of these to follow next week! 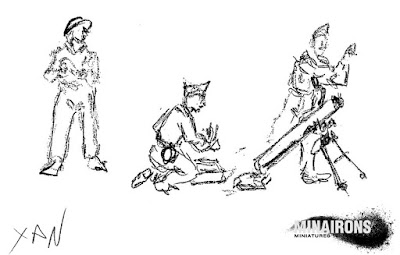 Posted by Soldadets at 2:16 PM

Lluis, nice to see an update on your plans. The BT-5 is looking fine, hope the final product is just as good. It could do with some front lamps and more rivets, though.

For those who (like me) can't tell a BT-5 from an early BT-7, the difference is mainly in the bow (the BT-7 is rounder) and the exhaust (the BT-7 has tow horizontal exhaust pipes). Regards, Pat

Looking fantastic. I'm just about to complete one of the first Minairon's kits that I bought (1/72 1937 Chevy truck) and I'm absolutely delighted with it. I really appreciate that Minairons is doing something different that other manufacturers aren't. Well done guys!