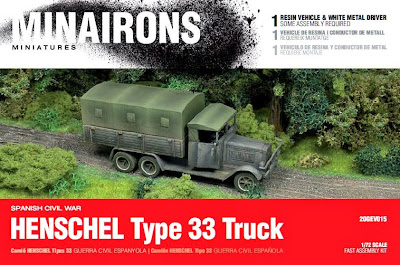 We've finally got available a new model kit at 1/72 scale. This time it's the turn for a softskin, the Henschel type 33 truck - a heavy workhorse used by both Legion Condor and Nationalists at SCW, and later by the German Army all through WWII. Just as its already released 1/56 version, we have conceived it as a fast assembly kit, mainly in resin with a few white metal parts. Kits does also include the white metal figure of a SCW driver, sculpted as usual by Juan Bautista. 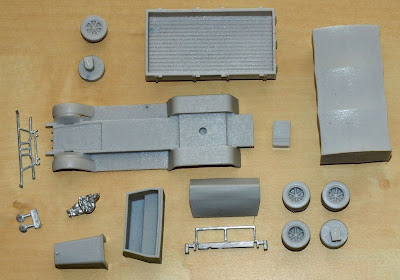 Here you have one of such trucks, once painted and depicted by Rubén Torregrosa of Heresy Brush: 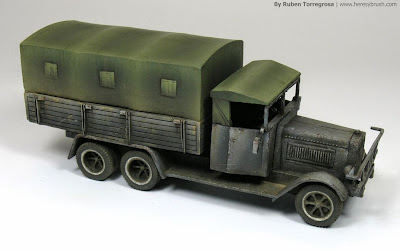 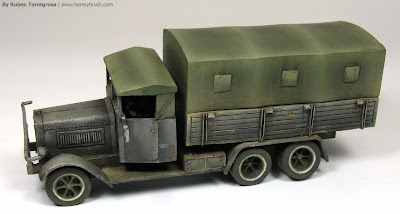 This new 1/72 scale softskin is available at our website - and hopefully soon from our main stockists and retailers too! 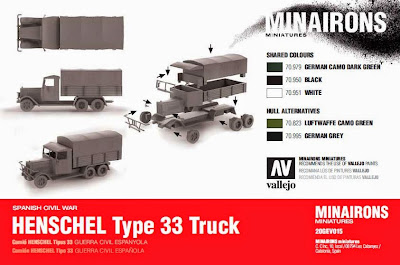 Posted by Soldadets at 7:26 PM