New release: 1:72 Befehlswagen I B 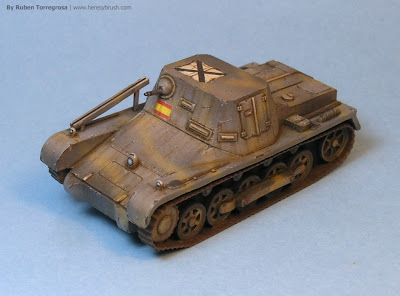 Minairons Miniatures is delighted to formally present its latest production, the Pz. Befehlswagen I ausf. B in 1:72nd scale. This is a kit mostly made in resin, albeit with a couple of optional parts in hard plastic, aimed at allowing you to build the model as a regular fighting Pz.Kpfw I ausf. B. The whole set consists of 10 resin parts, a couple of them also optional, besides of the above commented plastic pieces. 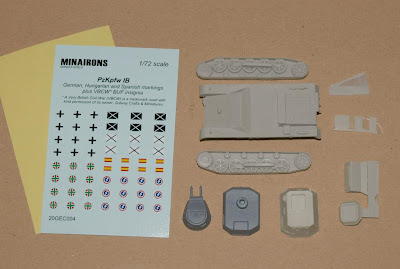 As a novelty with regard to prior releases, this new set is complimented with a decals sheet including not only the expected historical national markings (German, Hungarian and Spanish Nationalist), but also a fictional set. Indeed, sheet also includes BUF symbol roundels for the fictional Very British Civil War (VBCW) setting.

As many of you already know, Very British Civil War (VBCW) is a trademark owned by Solway Crafts & Miniatures and is used with their kind permission. 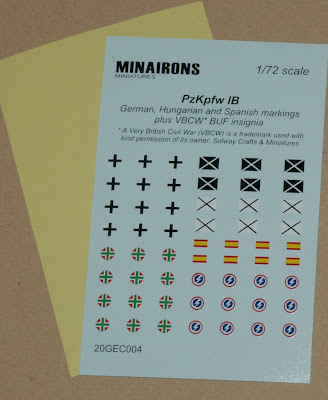 As a matter of fact, you'll be able to build the model not only as either a fighting or command tank, but will also have the option to build this last one as either its former or later version, as used in SCW and WWII respectively. 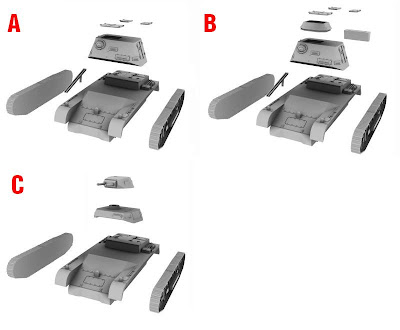 This our new kit retails in our website at EUR 10.95. As a number of aficionados may have already experienced, international shipping fees have become unsustainably expensive lately, so that this might prevent some from buying the model straightly from us --unless planning to do a significant purchase and thus to save postage expenses. Nevertheless, all those attending Salute 2013 in London will also be able to find it at Caliver Books' stand. Take advantage of the opportunity Dave Ryan is kindly bringing you! 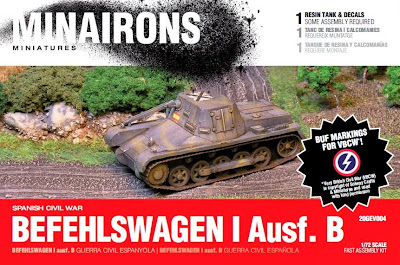 PS: We've been holding for some days releasing of this new kit, in the prospect of having its own box properly designed and printed. However, as Salute 2013 date approaches, we've had to desist from such hope. Therefore, this very first batch of models is to be released in plastic bag with a header card --just as our 20GEV903 Bilbao AFV was.
Posted by Soldadets at 11:45 PM