A second set of 3 prototypes has been ordered --this time, these are to be made of polyurethane resin (PUR) from silicone moulds. Mechanical features of PUR are close enough to those of hard plastic (HiPS) to allow us a testing second step: those 3 prototypes will be delivered to a well-known professional painter, who will check the model from a customer point of view, besides of painting the prototypes and take some high quality pictures on the finished models.

Alongside, the process for obtaining the galvanized iron mould --from which the hard plastic sprues will be produced-- has already started too. We're now discussing prices, terms and conditions.

Both processes (resin prototyping and injection moulding) are working on the following digital, multi-scale design: 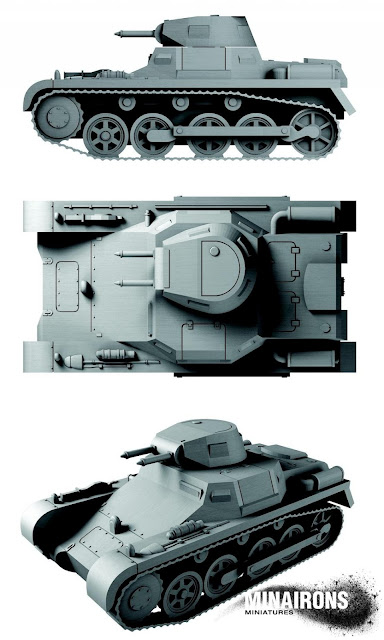 This is what the finished model will look like. The design itself is composed by 9 parts (plus an alternate 10th part) to be easily assembled following this schema: 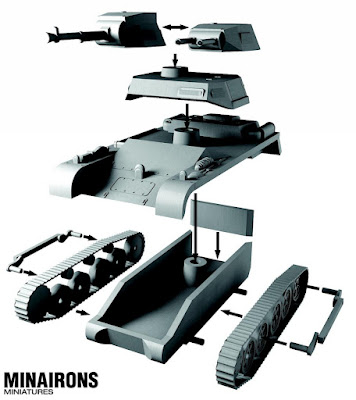 The provided alternate part is no other than the "modificado" tank turret, that was enlargened to fit a 20mm Breda gun. This is how will the model look with such alternate part on top: 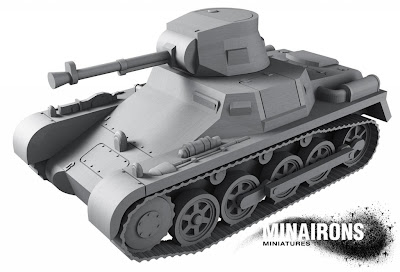 Schedule: Hardly ready for release before September --as I feared. Let's take some patience! As a matter of fact, there's still a lot of work left on the www.minairons.eu website, so...
Posted by Soldadets at 1:15 PM