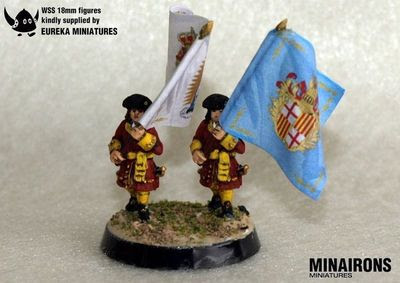 I'm proud to show you our latest digital product - the flags of one of the most renowned Catalan regiments at the service of Charles Habsburg during the War of Spanish Succession: City of Barcelona Infantry Regiment, also known as "La Ciutat", whose King's and Colonel's colours we've just released today at 1:100th, 1:72nd and 1:56th scales altogether. 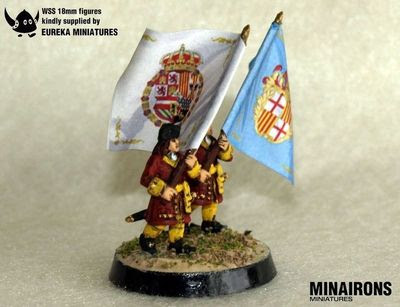 The images attached to the present post depict what their 1:100th version looks like, when attached to appropriate standard bearers kindly supplied by Eureka Miniatures for this purpose, that I've painted by my own. 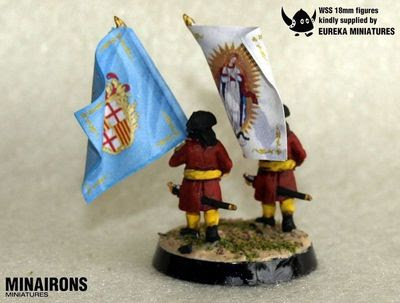 Lovely work on those!

Hope all is well, we are opening up slowly in France, I hope Spain recovers too also.