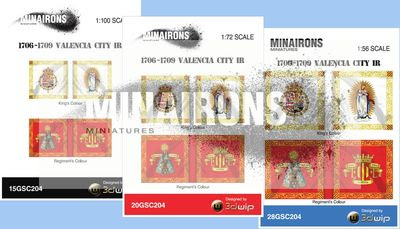 I'm happy to present a new set of War of Spanish Succession infantry flags, just released at 1:100, 1:72 and 1:56 scales altogether. This time it's Valencia City Infantry Regiment, raised in 1706 by that municipality in support of Charles Habsburg's claims to the throne of Spain. This regiment was merged into Ahumada in 1709, after the heavy losses suffered in the defence of Valencia after Almansa battle.

Here below you can see a 1:100 scale sample on 18mm figures kindly supplied by Eureka Miniatures. 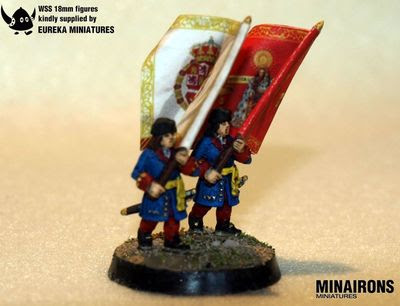 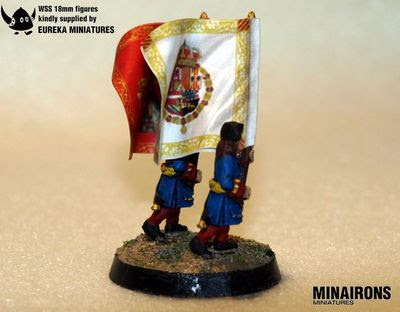 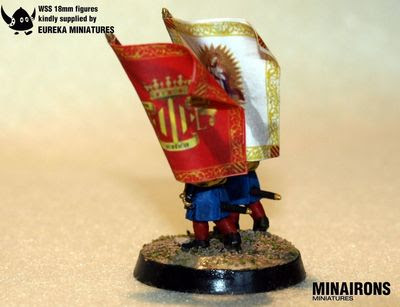 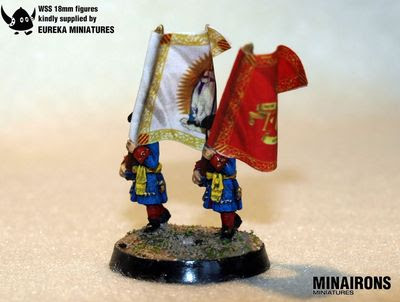 This new flag set is on sale in Minairons website as a DIN A7 sized PDF file, as customary.

Posted by Soldadets at 7:48 PM