As some were perhaps already aware, our 20mm SCW figures range experienced a sudden halt some months ago, due to health problems of its sculptor Juan Bautista --wo is also owner of Xan Miniatures and co-owner of Steel72 models. Despite the serious issue this could mean, I liked better to wait until he could get back to normal activity, rather than pushing forward the range using a different sculptor. It was a matter of trust. However, shortly ago Xan announced publicly on TMP to feel recovered enough to retake activity, to happiness of many --not solely that of mine, I dare to venture.

He has consequently started to release new miniatures under his own brand, and has restarted SCW work too. So he has finished the commissioned set of Italian crewmen for our L3/33 Carro Veloce tankette that you can see below: 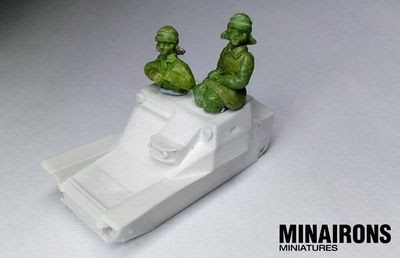 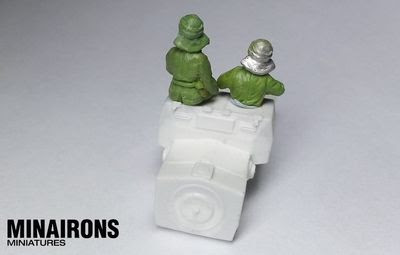 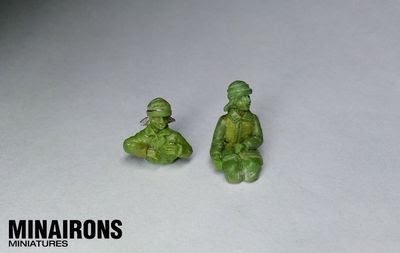 Also, work has started on a new set that had been waiting for too long now: the 1/72 scale version of the Republican bike riders set that I had been able to make available in 15mm long ago. Here below you can see Xan's work on one of the two dispatch riders that will compose the set: 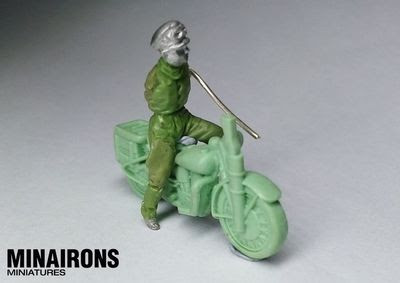 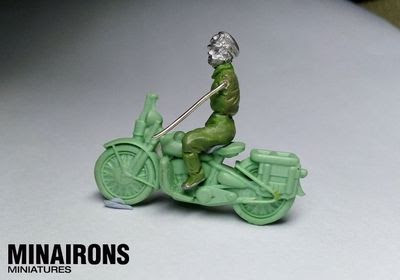 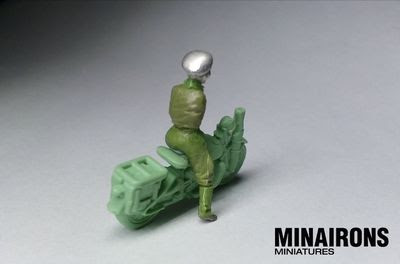 Posted by Soldadets at 6:00 PM

Looking forward to the dispatch riders - as you say Luis, it's s been a long wait. I have a Republican command stand that's crying out for one!