After some thinking, I've decided to open a miniature painting service, with the aim of complementing Minairons' offer of products and services. Such service is to be carried by myself --with the occasional assistance of a friend when needed, and I honestly believe it can be rated as optimal for wargamers (please watch my miniature painting blog to get an idea on how I work).

Such decision has come after having been commissioned recently a couple of painting jobs --almost simultaneously, and both related to Age of Sail ships! BTW, this is the work on one of such commissions (consisting in a total of 7 ships from both Minairons and Peter Pig): 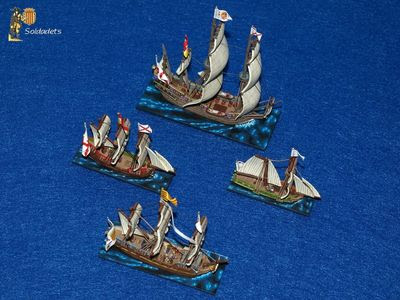 A Minairons galleon in Spanish livery: 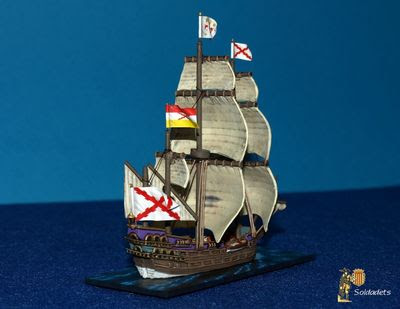 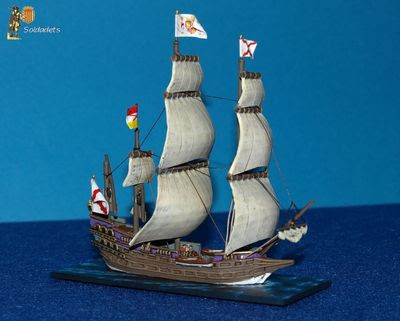 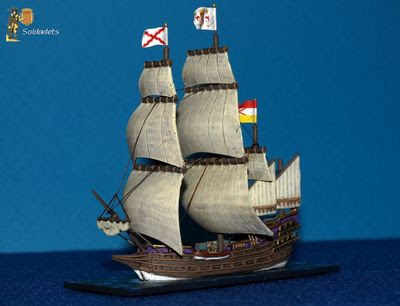 Here below, a Peter Pig fluyt in also Spanish service: 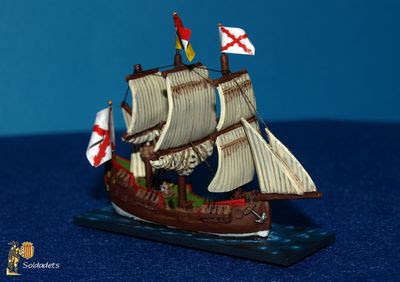 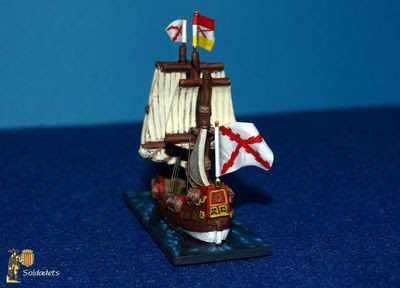 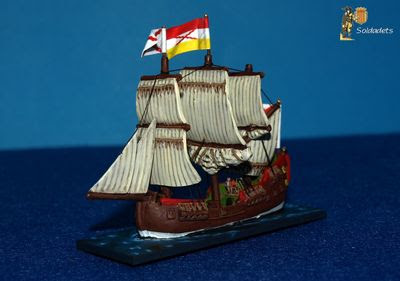 Next, a frigate from Peter Pig too; this one, flying Catalan ensign from the 1640-1653 Secession War: 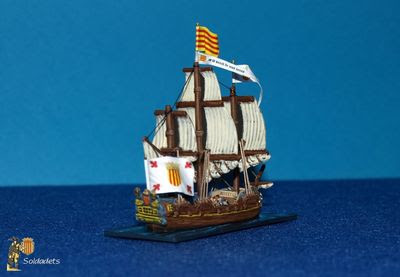 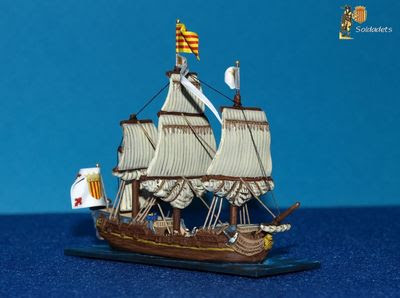 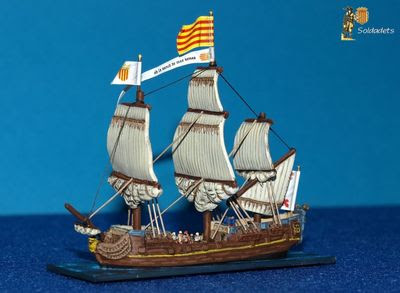 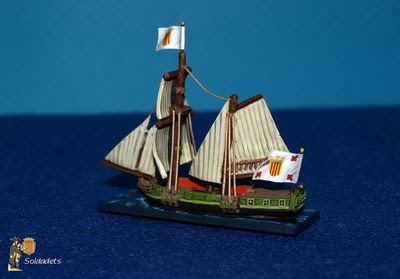 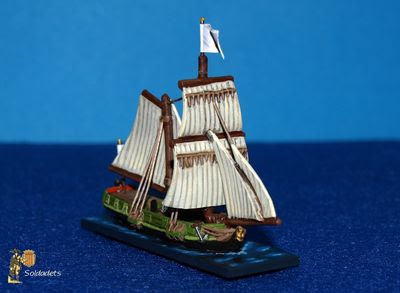 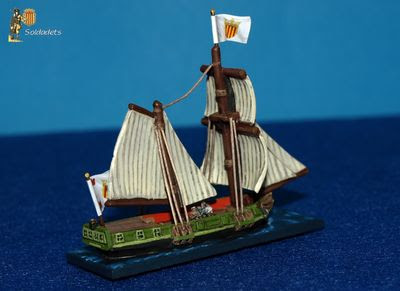 The other commission taken is larger, for it consists of a couple of fleets entirely from Peter Pig, totalling 13 ships! I started working on it last weekend, and will be able to show some preliminary pictures soon. Having in mind how small my offered painting service is, I must assume in advance a limit to the number of commissions that can be taken without collapsing --or delaying deliveries beyond acceptable deadlines. I'll do my best at regard with professionalism and good faith.

Posted by Soldadets at 8:14 PM

I am the lucky receperent of these ships, they are truly magnificent, Lluis did a brilliant job. He has a magic touch.