We've just made available another 1/72 scale tracked fighting vehicle --the little known Landesa tank, one the first Spanish attempts to produce a tank of their own, back in the late 1920s. 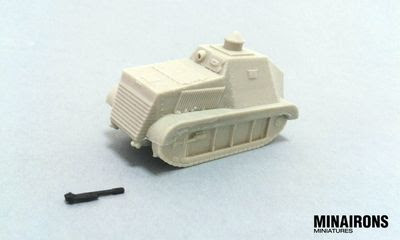 As usual among us, ultimate model kit is quite simple, easy to build --for it just consists of three main resin parts, complemented by a hard plastic MG. It has been priced at €10.95 and can be already found in the Interwar page of our webstore. As you can see thorugh the image below, this model shared chassis and running gear with the Landesa tractor it was based on, as well as with the later Trubia-Naval tank. 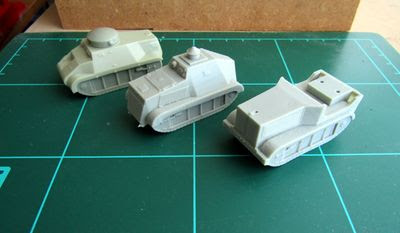 Perhaps some of you might wonder why we have labeled this AFV as an Interwar one, instead of SCW. The fact is that, despite up to two of them fought in the first stages of war (around Oviedo town, one on each side), it had been used in action before --during the 1934 Asturias Revolution, to be precise.