Our 1938 Grand Prix next set is progressing fast and easy. We have now completed the making of the first racing car such set is to include, the British ERA Type B racer. We have designed and produced it at 1:72 and 1:100 scales altogether, so as to be able to launch them both in a short lapse of time between them. 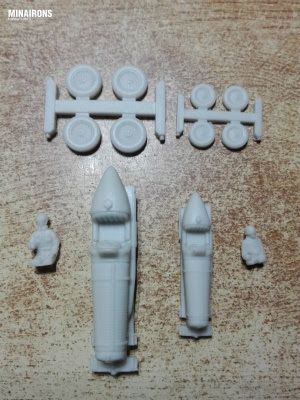 As customary in Minairons, these models are willingly easy to assemble while retaining the most possible detail: just one part for hull, four wheels, two shafts and driver. This is what its 1:72 scale version looks like once assembled: 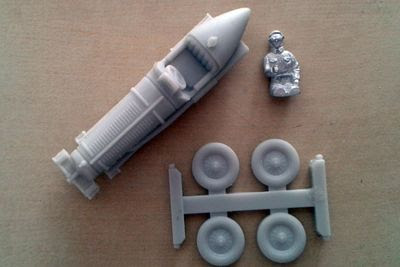 And this is what both scales cars look like side by side (the 1:100th one is already primed too, this is why of their differing shades of colour): 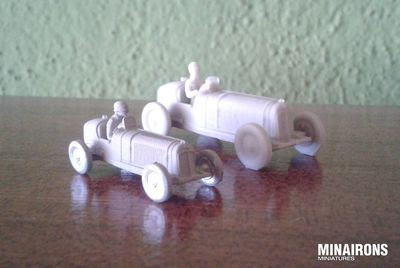 Posted by Soldadets at 5:06 PM