Our second 20mm SCW figures set finally entered foundry yesterday --a couple weeks later than expected, certainly, due to some personal issues experienced by our hired sculptor, Juan G. Bautista of Xan Miniatures. Here below you can watch some of their greens: 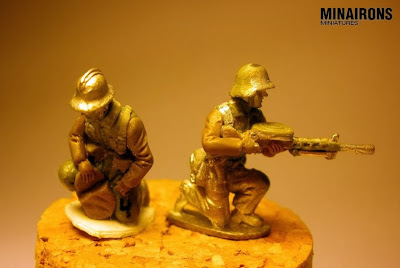 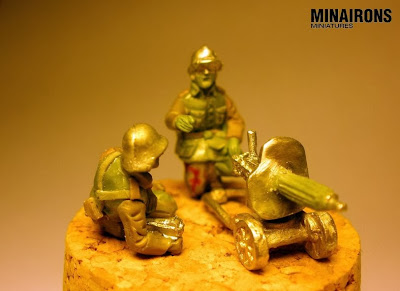 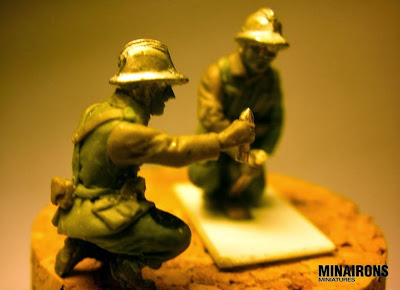 The set also includes another different LMG crew, a third HMG crewman, a couple officers/commissars and a flag bearer (that is, 12 figures in total, besides of a Maxim MG model). A first batch of them is expected to be cast early in next week, so that its release is imminent at last.
Posted by Soldadets at 11:54 PM

These are very nice

Thanks for the heads up. Can't wait to see the whole set. Regards, Pat

They look very promising and a nice addition to the excellent range!