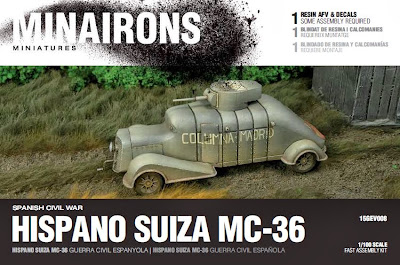 We're glad to publicly announce release of the 1/100th scale version of Hispano Suiza MC-36 armoured car, which consists of 13 resin main parts besides of a hard plastic MG for the standard round turret, as well as alternative hard plastic T-26 turret with separate hatchet. 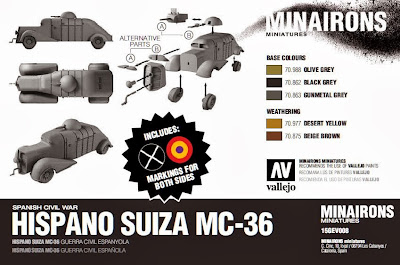 Kit also includes a decalsheet with markings for several vehicles of both SCW sides. It's being sold by the one in a box at a RRP of € 8.95. 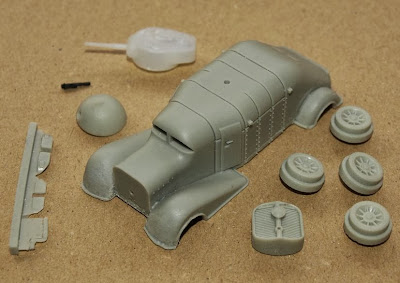 You can find it since today at Minairons website.
Posted by Soldadets at 8:32 PM

Oh, this is a nice model!