I'm proud to announce release of IGC Sadurní tank at 1:56 scale - a model already released in 1:72 and 1:100 scales from a long since, and much demanded by 28mm SCW gamers too. 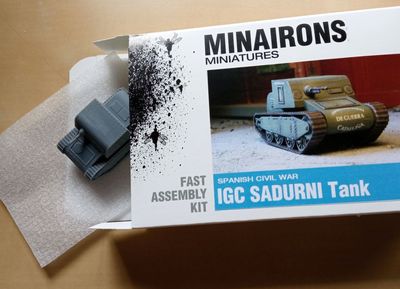 As a novelty, this new model isn't resin cast as usual but DLP 3d-printed instead, so it comes as a single piece. No assembly is needed.

Posted by Soldadets at 4:24 PM