After having been halted for longer than desired, we've recently decide to push forward the 1/144 scale version of Breguet Br.XIX, a 2-seat bomber and reconnaissance aircraft that was standard to the Spanish Air Force in the 1920s and early 1930s. Here below you have a caption of a master model of it, at the start of casting process --the other aircaft to its side is a Fiat CR.32 master model, ready for another production batch. 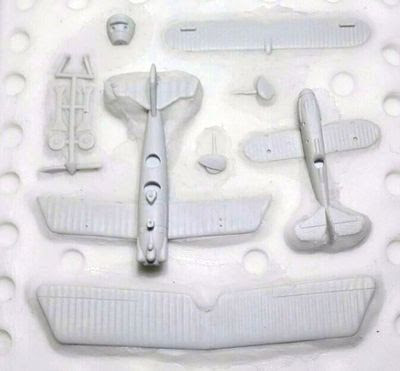 We expect to release it within current year, accompanied by a decals sheet with markings suitable for both SCW sides. We shall price it the same as other aircrafts in the range, most probably.

Posted by Soldadets at 5:12 PM