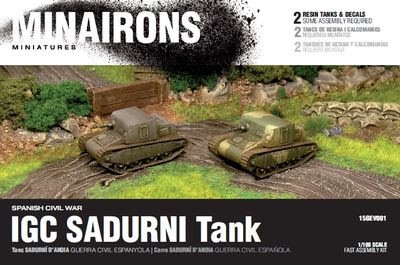 I'm glad to announce the ultimate release by Minairons of a new Spanish Civil War AFV at 1/100 scale. This is IGC Sadurní Catalan tank, a beautiful little piece of armour we have launched in a 2-tanks boxed set also including a decals sheet at the price of €16.95. 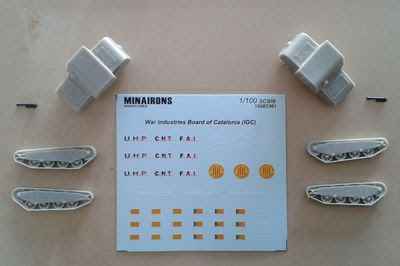 As usual, model itself is quite easy to build; for it consists of just three resin main parts, besides of a hard plastic MG. One can build it in a few minutes, then. 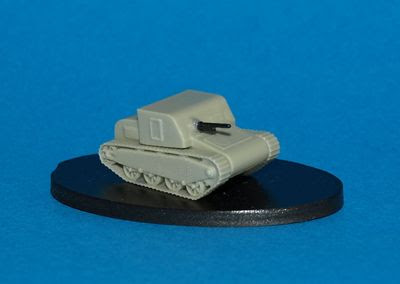 here you have one such Sadurní tanks, built and superbly painted by Rubén Torregrosa aka HeresyBrush, that has been depicted between an UNL-35 armoured car and a Pz.Kpfw I ausf. A modificado tank.

Posted by Soldadets at 6:26 PM