Once back from holidays, it's time for making things run again. As a proof of such, I'd like to share with Minairons friends our upcoming release, no other than BT-5 fast tank! - at 1/72nd scale. Here below you have an ultimate sample: 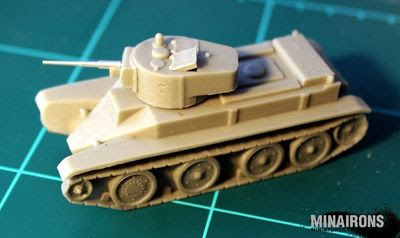 Hull and mudguards are cast in one single piece, while running gears and turret are additional separate parts. Worth to be noted that following the suggestion of one customer, gun barrel will be neither resin or white metal but highly detailed brass instead! Such 45mm barrels made by RB-Models from Poland will also be separately available, so as to improve your T-26 tanks or similarly armed vehicles! 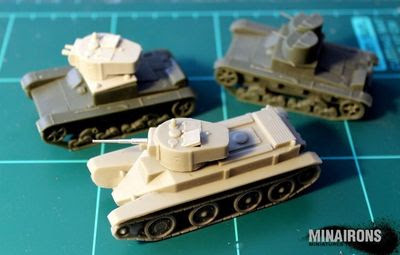 If everything keeps running as reasonably good as so far, we expect to release BT-5 fast tank in September. It will most likely retail in single model boxes inclusive of a decals sheet for Soviet, Finnish, Turkish and Spanish service (both sides) - same than for our T-26.

Posted by Soldadets at 4:49 PM